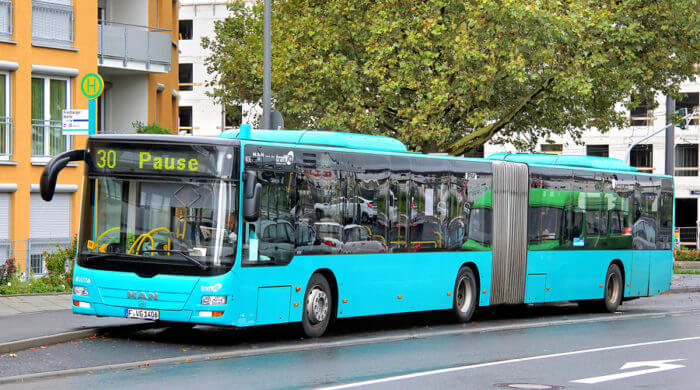 60 children, all students from Buxtehude may thank their bus driver because she courageously saved their lives. By acting quickly, she was able to prevent a serious accident with a train.

Bus Stops In The Middle Of A Railroad Crossing

A school bus with 60 children stopped in the middle of a railroad crossing. Because the bus could no longer be started, the 23-year-old bus driver quickly and thoughtfully took the initiative and brought all the children to safety. She didn’t have much time, however, because just one minute later an approaching train was approaching.

As soon as all the children had left the bus and were safe, the rear of the bus was hit by the train. The children were far enough away from the scene of the accident, so fortunately no one was injured. According to the police, the Articulated bus-train buckled so badly on the narrow road that it was completely blocked on the tracks. The train driver still tried to make full braking, but could not prevent the collision. Without the quick reaction of the bus driver, this could have ended very badly.

Buxtehude is a town in Lower Saxony, located close to Hamburg. With about 40,000 inhabitants, Buxtehude is the second-largest city in the district of Stade. Buxtehude is also known as a fairy tale town. The fairy tale of the race between the hare and the hedgehog by Dr. Wilhelm Schröder (later retold by the Brothers Grimm) is set in Buxtehude.

An Articulated bus is also called an accordion bus. This bus consists of two parts of the car, which are connected in the middle by a joint. On the photo above before the text, you can see this well.