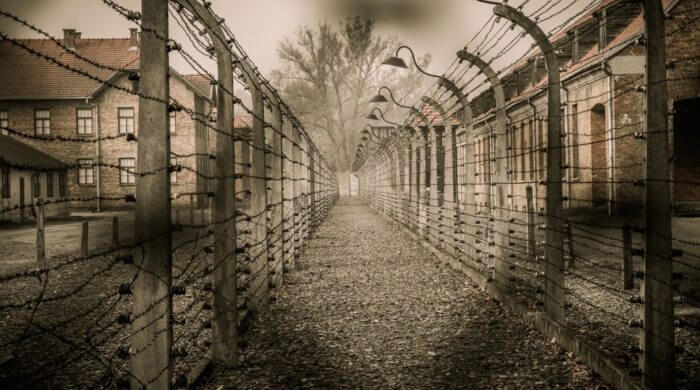 On May 8, 1945, the guns finally fell silent in Germany. After more than 5 years of war and destruction, the country lay in ruins anyway. The Victorious powers forced Germany to sign the unconditional surrender. The balance of the 2. World War is staggering: half of Europe was destroyed, millions of people on the run, and almost 60 million dead.

The main culprit in all this could no longer be sentenced by a court – Reich Chancellor Adolf Hitler committed suicide in Berlin on April 30, 1945. His successor, Karl Dönitz, instructed Alfred Jodl to negotiate an armistice with the victorious powers. The latter, however, forced Jodl to sign Germany’s unconditional surrender, which came into effect one day later. The war was over, the German Empire of Adolf Hitler and the Nazis was a thing of the past.

12 Years Of Fear, Horror And Violence

When the Nazis came to power in 1933 and Hitler was appointed the Chancellor of the Reich was appointed, no one could have imagined the consequences this would have for the whole world. People were oppressed, persecuted, deported, forced into forced labor, imprisoned in camps, murdered- and the biggest war the earth has ever seen was started 6 years later. A war in which millions lost their homes and nearly 60 million people died. On May 8, the war was over in Europe, but on the other side of the world, it continued until September 2, 1945, ending with the surrender of Japan after the dropping of two Atomic bombs by the Americans on the Japanese cities of Hiroshima and Nagasaki.

As Victorious powers in World War 2 are England, France, the USA, and Russia, all of which fought against Germany in the war.

Unconditional surrender means saying you give up and doing so without imposing conditions.

The Second World War took place between 1939 and 1945 and claimed almost 60 million lives. Germany, Italy, and Japan fought against France, Russia, England, and the USA.

Nazis are short for “National Socialists. This was the name given to Hitler’s followers, whose party was the NSDAP.

The Chancellor of the Reich is the predecessor of today’s Chancellor. He is the head of government in Germany and leads the country in all political matters.

An Atomic bomb is the biggest bomb that people have built. Besides the huge explosion, the most dangerous thing is the radioactive radiation, which makes you sick and causes cancer, which is very often fatal.