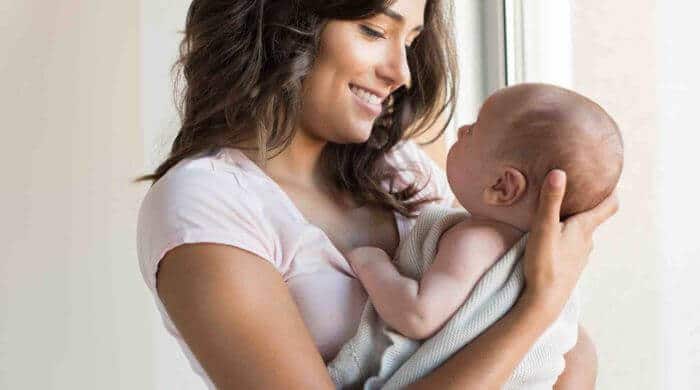 Nowadays, premature babies have good chances of survival. Nevertheless, doctors are concentrating on preventing this from happening in the first place: With a simple test, many impending premature births can be detected and averted.

Because his mother had a rupture of the membranes in the 25th week of pregnancy, Jan was born much too early: At just 540 grams, he weighed barely more than two packets of butter when he had to swap his mother’s womb for a glass box called an incubator. The little button would have had room in a man’s hand at birth – unimaginable that this tiny bundle of humanity would grow into a rosy baby. Every year in the Federal Republic of Germany, about 64000 children are born before the 37th week of pregnancy and are thus considered premature babies. Around 9000 premature babies, like Jan, are even born before the 32nd week. With high-tech medicine and a lot of care, doctors save ever smaller tiny babies: Today, four out of five extremely premature babies born before the 26th week of pregnancy survive. But the smaller and more immature they are, the greater the risk that they will retain permanent disabilities. For a long time, doctors have therefore been looking for solutions to prevent early preterm births in particular.

Also interesting:
Placenta Accreta - When The Adherence Of The Placenta Is Disturbed

Infections: Most Common Preventable Cause

The cause of premature labor or premature bladder rupture is often infections in the genital area. These include urinary tract infections or chlamydia, which are sexually transmitted bacteria. And about 20 percent of pregnant women have a vaginal infection with anaerobic bacteria, which produce prostaglandins, i.e. substances that trigger labor. Prostaglandins also attack the amniotic sac, which can cause premature rupture of the membranes. This malformation of the vagina – called bacterial vaginosis by doctors – is probably the most important preventable cause of early preterm birth. The insidious thing is that it initially runs without symptoms; however, an early characteristic is a rising acid level in the vagina.

Doctors saw this as an opportunity to reduce the preterm birth rate as early as the 1990s and launched the Preterm Birth Prevention Program. Pregnant women measure the acid level in their vagina twice a week using a glove with a small test strip on the tip of the index finger. When the strip is moistened, it changes color to indicate how acidic or alkaline the vaginal environment is. If the value is too high, this indicates an infection and the pregnant woman should inform her gynecologist. The sooner the doctor knows about an infection, the sooner he or she can treat the out-of-balance vaginal environment and stop a threatened premature birth. The self-test has brought movement into the preterm birth statistics that have been stalled for 20 years.

Also interesting:
Sex During Pregnancy - About Pleasure And Unfounded Worries