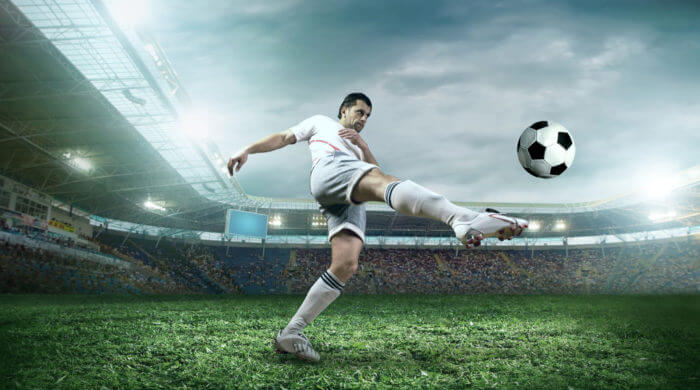 Normally a soccer world championship takes place in summer. It is obvious. It’s warm outside, the sun is shining and the players don’t have to stand in the rain. Now, for the very first time, the 2022 World Cup, which will be played in the desert state of Qatar, is to be held in winter. After all, it’s far too hot there in the summer.

The country of Qatar is a state on the Arabian Peninsula that is ruled by a kind of king called an emir. It is not uncommon for the temperature in this state, which consists almost entirely of desert, to reach 40 degrees Celsius. That’s far too hot to play soccer, and that’s why FIFA, the world’s soccer governing body, has decided to hold the 2022 World Cup in November and December as an exception. During these months, the temperature will be no more than 20-25 degrees, and the players won’t have to sweat too much. Qatar is about a 6-hour flight from Germany.

There is still some time to go before the 2022 World Cup, during which time construction is already underway diligently on the soccer stadiums. Since Qatar is home to only about 2 million people, construction workers from other countries had to be brought to Qatar for the World Cup preparations. For example, people from Nepal were invited to Qatar. But there they are apparently treated very badly. They have to work many hours in the sweltering heat without getting enough water to drink and they are treated like slaves. Many workers have also died, of heart attacks or in accidents on the construction sites. A few workers have fled to the embassy of Nepal to complain. The Organizing Committee of the World Cup has announced that it will thoroughly investigate these conditions.

As slaves are people who are treated by rich or powerful people as their property. They have no rights and must do everything they are ordered to do.

A Organizing Committee is a working group of people who plan an event and carry it out so that everyone is satisfied.

Also interesting:
What Actually Is Surrogacy?