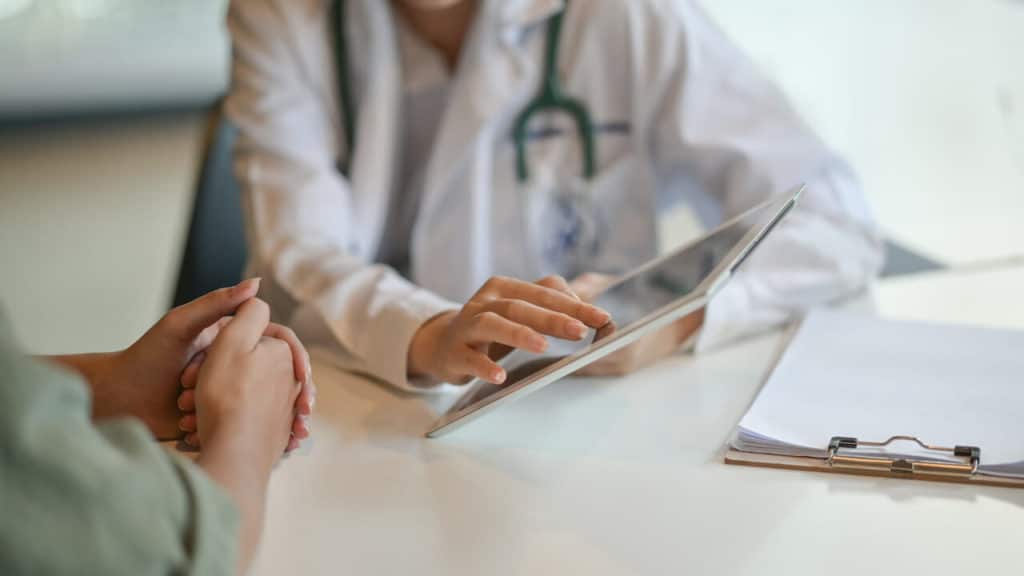 An abdominal pregnancy occurs when implantation does not take place in the uterus, but in the abdominal cavity. Overall, this problem occurs very rarely but leads to the termination of the pregnancy. This happens automatically in most cases, but not always.

Learn here how to recognize an ectopic pregnancy and what happens after diagnosis.

What Is An Ectopic Pregnancy?

If, on the other hand, the egg does not migrate to the uterus but settles in the free abdominal cavity, this is called an ectopic pregnancy. There are various reasons why such an extrauterine pregnancy occurs. Some of them can be influenced, while others are anatomical.

Also interesting:
Placenta Accreta - When The Adherence Of The Placenta Is Disturbed

The Causes Of An Abdominal Pregnancy

Extrauterine pregnancy also develops the typical symptoms of pregnancy. Menstruation is absent and you may suffer from nausea and pain in the breasts. If you take a pregnancy test, it will show as positive.

In the case of ectopic pregnancy, symptoms occur quite quickly, because there is little space for the embryo to spread. A pregnancy in the abdominal cavity, on the other hand, is often not detected immediately.

The reason for this is that the free abdominal cavity offers plenty of space and the embryo can initially grow unhindered. In many cases, the affected women do not notice the pregnancy at all, they do not have any symptoms.

Abdominal pregnancy often occurs when there is uterine obstruction or when you have a leaky fallopian tube. Statistically, women are more often affected after artificial insemination.

If you suffer from endometriosis, your risk is also increased. These adhesions in the abdomen can prevent the egg from finding the right way into the uterus. Nevertheless, the classic symptoms of pregnancy will occur.

What Are The Symptoms Of A Normal Pregnancy?

Affected women do not always suffer from symptoms of pregnancy, often they do not even notice that they are pregnant. If symptoms do occur, they correspond to a classic pregnancy. The hormone balance changes, mood swings, nausea and breast pain may occur.

It is not possible to determine from a pregnancy test that there is a pregnancy in the abdomen. Only if the gynecologist performs a blood test, the hcG value can give a first indication of an ectopic pregnancy or abdominal pregnancy.

Also interesting:
If The Pregnancy Ends Suddenly - How To Cope With The Miscarriage

The free hcG in the blood increases during pregnancy. If this is outside the uterus, the value is much weaker than in a normal implantation.

Symptoms Of Pregnancy Outside The Uterus

If your embryo has nested in the fallopian tube, the symptoms are usually much more pronounced. The reason for this is that there is more space in the abdominal cavity than in the fallopian tube. Symptoms characteristically appear between the seventh and ninth weeks of pregnancy. These include:

Often, the symptoms appear out of nowhere and become more severe within a few hours. Few women suffer from slowly increasing pain and discomfort, but this is also possible.

Caution: There Is A Risk Of Complications

Complications can occur, especially in ectopic pregnancy. This happens in about one in three affected women. If the embryo continues to grow, the fallopian tube can rupture. Massive bleeding occurs, manifested by abdominal pain of severe intensity. Circulatory shock is possible due to blood loss.

How Your Doctor Diagnoses An Ectopic Pregnancy

Only your gynecologist can determine if the egg has implanted in the uterus or if problems have occurred in this process. If the fertilized egg does not leave in advance, the ectopic pregnancy is often detected by a routine ultrasound.

Through an ultrasound examination, your doctor will be able to locate the exact implantation site. Ectopic pregnancy is much more common than implantation in the abdominal cavity.

Also interesting:
Paracetamol During Pregnancy: Is There A Risk For Your Child?

This is often caused by anatomical conditions, so that the fertilized egg does not reach the uterus. Symptoms of pregnancy are present despite the defective implantation.

When Does Therapy Become Necessary?

Pregnant in the womb does not necessarily mean that treatment is necessary. The body is well able to cope with such a situation on its own and terminate the pregnancy. The embryo is then automatically broken down. An embryo that has been implanted outside the uterus is not viable at any time.

If symptoms appear due to the faulty implantation, treatment is unavoidable in most cases. However, there are different therapeutic approaches, which also depend on the position of the embryo. If it is difficult to access, the abdominal wall must be opened. Also, if there are adhesions, treatment by laparoscopy may not be possible.

If your gynecologist has determined at a very early stage that the egg has not implanted correctly, medication may be helpful. The active substance methotrexate is injected directly into the amniotic cavity. The cell poison causes the embryo to die. Blood tests can be used to check whether the pregnancy has actually ended.

Such therapy is only possible in the early stages, and the embryo must not exceed four centimeters in size. The HCG level must also be closely monitored during drug therapy. Only if it really decreases, one can speak of successful therapy.

This Is How An External Pregnancy Proceeds

In many cases, ectopic or abdominal pregnancy goes completely unnoticed. The woman often does not even register symptoms of pregnancy. If there is no natural termination, timely therapy is crucial for the further course.

Also interesting:
Sauna During Pregnancy - How Safe Is It Really?

It is gentler if treatment can be carried out with the help of medication. However, if an open, surgical removal of the embryo is necessary, in the vast majority of cases this does not have any long-term consequences. Only in the case of a pregnancy in the fallopian tube is there a risk that this will have to be removed.

If an extrauterine pregnancy has already occurred, the risk of being affected a second time is increased. If the risk is significantly increased due to anatomical conditions, a fallopian tube removal may be advisable.

The more often an external pregnancy has occurred in the past, the higher the likelihood that it will happen again. Nevertheless, the prognosis is good, because about 50 percent of all affected women later give birth to a child in the normal way.

Is The Fear Of Another Pregnancy Justified?

Many women who have once experienced an ectopic pregnancy are fearful of new insemination. In fact, there is a new risk if anatomical reasons prevail. For example, if a malposition of the uterus is causative, there is a clear risk of further abdominal pregnancies.

However, it is just as possible that you will have a completely normal pregnancy at the next fertilization. The gynecologist can say with a high degree of probability on the basis of available examination results whether another pregnancy is at risk again. 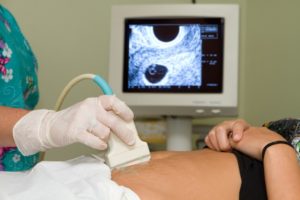 Pregnant After Miscarriage: What To Consider?

Clomiphene For Infertility
Desire To Have Children: Supporting The Body Through Targeted Nutrition