Home > Child > Kids news > Alcohol In The Blood – What Does It Mean For Me As A Child? 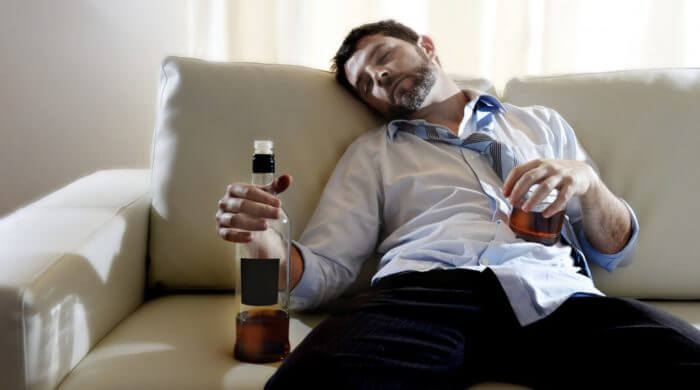 Adults and teens 16 and older are allowed to drink alcohol. Mostly, they do it to loosen up a bit. In small quantities, alcohol is harmless. It gets difficult when people overdo it with drinking. Some people can’t help but drink alcohol all the time. This article is intended to answer some of your questions about alcohol.

You’ve probably wondered what adults think of alcohol. Alcoholic beverages taste bitter and are not always tasty. Nevertheless, people all over the world drink alcohol. Well, at least, except for a few countries where no alcohol is drunk at all. Why is that? Read on to find out!

Why Do People Drink Alcohol?

People who have drunk alcohol behave as if they were suddenly completely different people. They become more fun, open, talkative and daring. This is a pleasant thing when you want to relax a little or meet friends in a pub. Shy people like to drink alcohol to be more daring. This makes it easier for them to make new friends. For children, pets, pregnant women and sick people, however, alcohol has unpleasant effects and can make you feel unwell at all.

What Is Alcohol And How Is It Produced?

Pure alcohol is a colorless liquid that tastes burning or bitter. It is produced, for example, when fruits begin to ferment. So-called yeast bacteria produce carbon dioxide and alcohol from the sugars contained in the fruit. Wine is made from fermenting grapes, while beer is made from the green hop blossom. Alcohol is mixed with fruit juices, sodas or milk in many alcoholic beverages. Such drinks taste very sweet, but are no less dangerous than wine and beer. On the contrary – mixed drinks, as they are also called, are not even allowed in most countries until the age of 18.

How Long Does Alcohol Remain In The Blood?

The body needs 2 hours to fully absorb alcohol. After that, it takes about 7 hours to break down 1 ‰ (pronounced “1 per mille”) of alcohol. Since you usually consume more than one per mille of alcohol, it usually takes much longer to break down all the alcohol.

By the way: From a value of 0.5 ‰ alcohol, you are no longer allowed to operate a vehicle. This also includes mopeds and bicycles! Depending on the country, there may be driving license probationary periods during which you may consume even less or no alcohol at all if you want to drive a car or moped.

Why Is Alcohol Forbidden In Some Religions?

Also interesting:
A Child Knows Someone And He Is An Alcoholic

Why Do Alcoholics Behave So Strangely?

Although alcohol can trigger pleasant feelings, it is actually a poison to our bodies. In small quantities, however, it is hardly harmful. If you drink it, some of it passes into the blood. Via the blood, the substances it contains reach the nervous system. The journey of these substances to the brain takes only a few minutes. Once in the brain, they cause mood and behavior to change. Drunk people can then behave very differently. Some become aggressive, others talk a lot or are funnier than usual.

Can Alcohol Be Fatal?

People who drink an extremely large amount of alcohol can very quickly develop a damaged liver. This is because the poison of alcohol is excreted through the liver. But it can only tolerate a certain amount of it before it gets sick. Alcoholics often have to go to the hospital because their liver stops working properly. In the worst case, one can even die from it. This is not the only reason why alcohol can be deadly. If you drive a car after drinking alcohol, it is very easy to get into a serious accident. This happens when you get dizzy or you can’t judge the situation well anymore.

Why Is It Not Allowed To Drink Alcohol Before The Age Of 16?

Alcohol can have fatal effects on babies and children. It damages the body (especially the brain) and leads to developmental delays. The body can then no longer grow properly, and mental development comes to a standstill. This means, for example, that a child who is 10 years old will, in the worst case, think and look like a 6-year-old if he or she drank alcohol several times when he or she was 6.

Also interesting:
All Mars Chocolate Bars Must Be Removed From The Shelf

For this reason, there is an absolute ban on alcohol for children under 16 in Switzerland, as well as in Austria and Germany. You can read about the regulations in detail in the corresponding article on our site.

Why Can Alcohol Be Dangerous?

Heavily intoxicated bar patrons lose control of their bodies. They put themselves and others in danger by driving or starting a fight. It can also happen that you can no longer find your way home because you are drunk. If you are alone then, you are in great danger. Because drunk people are easy prey for thieves and robbers. Especially young people can be persuaded in the alcohol intoxication to take other drugs or get some instilled without realizing it. Depending on which drugs they are, you can very quickly become addicted to them.

What Can I Do If My Parents Drink A Lot Of Alcohol?

As long as you don’t endanger yourself or others by drinking, alcohol is okay. However, if you have to take care of a child, you should refrain from drinking. Because: In an emergency, your parents have to be there for you and be able to help you. If they are too drunk to do so, they are violating their duty of supervision. The duty of supervision states that smaller children must not be left alone. Parents must ensure that someone looks after the child if they cannot do so themselves or have an appointment. Approach your parents when they are sober. Explain to them that it scares you when they are drunk. If that doesn’t help either, contact a teacher or the telephone counselling service. You can talk to the experts from the telephone counselling service about your problem free of charge: From Austria and Switzerland, dial 147; from Germany, dial 0800/1110111 or 0800/1110222.

If you need immediate help, please call the police. The police emergency number is 133 from Austria, 112 or 117 from Switzerland and 110 or 112 from Germany (free of charge and without area code).

Who Is Not Allowed To Drink Alcohol Under Any Circumstances?

As already mentioned, children and pregnant women are not allowed to drink alcohol under any circumstances. This is the case with children because alcohol can damage the brain when one is not yet fully grown. This damage cannot be “repaired” later. This is also one of the reasons why alcohol is taboo for children under 16. Pregnant women are therefore not allowed to drink alcohol because it is absorbed directly by the baby in the woman’s womb. So it can happen that it does not grow properly or is born handicapped. Sick people must also abstain from alcohol. If you have a cold and want to get well quickly, you should rather fortify yourself with vitamin-rich fruit juices. This is because alcohol makes sick people feel faint and delays the healing process. By the way, if you have to take pills or other medication, you should not drink alcoholic beverages either.

2) Recall the text. Who is not allowed to drink alcohol under any circumstances?

3) Do you know how quickly alcohol breaks down in the body? Write down your answer here.