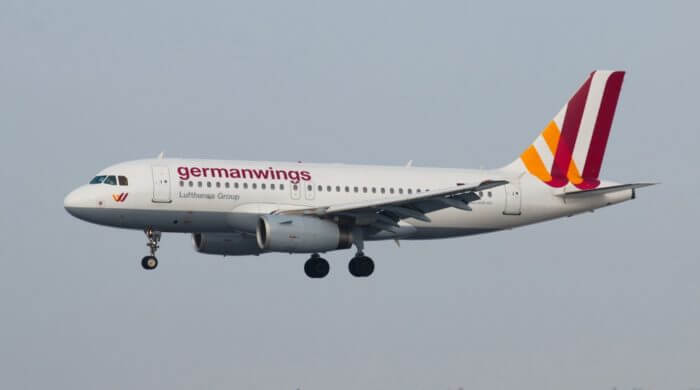 On Tuesday in France in the local French Maritime Alps a plane of the German airline Germanwings crashed. All 150 people on board, including 144 passengers and 6 members of the crew, died in the crash. Among the dead, according to the information known so far, there are also 72 Germans. The plane was on its way from Barcelona to Dusseldorf France and then crashed in France for reasons unknown so far.

Students From North Rhine-Westphalia Also Among The Dead

Among the dead are also 16 students and 2 teachers from Haltern am See in North Rhine-Westphalia. They belonged to the Joseph-König-Gymnasium there and were on a student exchange in Barcelona. The students there lit many candles on the stairs in front of the entrance yesterday out of mourning and in memory of their classmates and teachers. However, no lessons were held yesterday, because all students were deeply affected by the accident.

Also interesting:
Drummers In The Streets In The Middle Of The Night

Crash In The French Alps

The plane crashed on Tuesday morning near the village of Le Vernet in the French Maritime Alps. So far, however, it is still not known why this terrible accident occurred. It may be that a technical defect was the problem. It is hoped to find out more now that the Flight recorder are evaluated. It is very difficult for the French rescue forces to get to the scene of the accident. The plane has been torn into many thousands of pieces and the debris is scattered in a radius of 2 square kilometers. There are no roads to get there because the plane crashed in the middle of the mountains. The rescuers are flown there by helicopters and then roped off at the crash site.

The Maritime Alps are also called Sea Alps and are a group of mountains in the southern Western Alps. France, Italy, and Monaco share these mountains. The highest mountain of the Maritime Alps is Monte Argentera and it is 3297 m high.

Also interesting:
We Are Complicit In Cutting Down The Rainforests

Germanwings is an airline company that belongs to Lufthansa. Lufthansa is the largest airline in Germany and Europe.

Barcelona is the capital of Catalonia and the second-largest city in Spain. It is located on the Mediterranean Sea, about 120 kilometers south of the Pyrenees (a mountain range like the Alps) and the border with France.

Dusseldorf is the capital of North Rhine-Westphalia and about 600,000 people live there.

A flight recorder is a kind of small computer that records everything that is spoken in the cockpit and stores all the data about the aircraft. So what speed it flew at, what altitude it was at, and many other things.