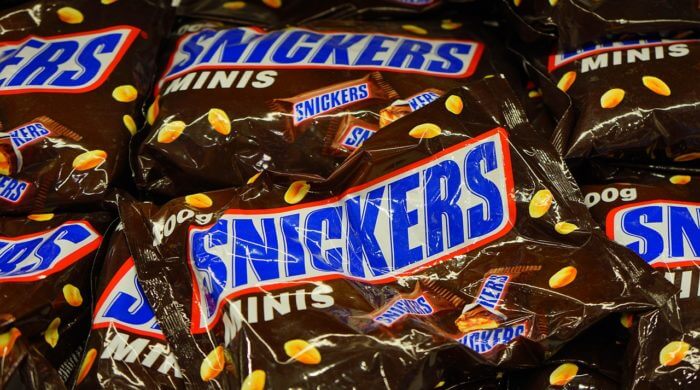 For the manufacturer of confectionery, the company Mars, there is a big problem to solve. A piece of plastic was found in one of the company’s candy bars.

All Candy Bars Must Be Sorted Out

This problem is really very big and does not only concern Germany. Because of this piece of plastic, which was found in a chocolate bar, one fears with the manufacturer that also in other bars such plastic parts could be. Therefore, in 55 countries around the world, Mars, Snickers, and also Milky Way brand candy bars must now be taken off the shelves in all stores. This affects all the candy bars that have a Best before date between June 19, 2016, and January 8, 2017.

Production In The Same Plant

All of these bars have been produced in the same factory facility. Mars now fears that such plastic parts could therefore also be in other bars and that would be very dangerous. If someone swallows such a part, he could even choke on it. Do you also have such bars at home? Then your parents should check whether they also have this expiration date. You can send such bars back to the company and get a free replacement. So to be on the safe side, you better have a look…

Mars is a company that manufactures candy bars. The company is named after its founder Frank C. Mars. The Mars bar is known all over the world. But the company also produces Milky Way and Snickers.

The Best before date also known as the best-before date indicates the date up to which a food product can still be eaten without hesitation if it is stored properly. This date is always printed on the packaging. Once the date has been reached, however, the food does not have to be thrown away immediately, as it may still be edible.