Home > Baby > After pregnancy > All The Facts And Traditions About Afterbirth 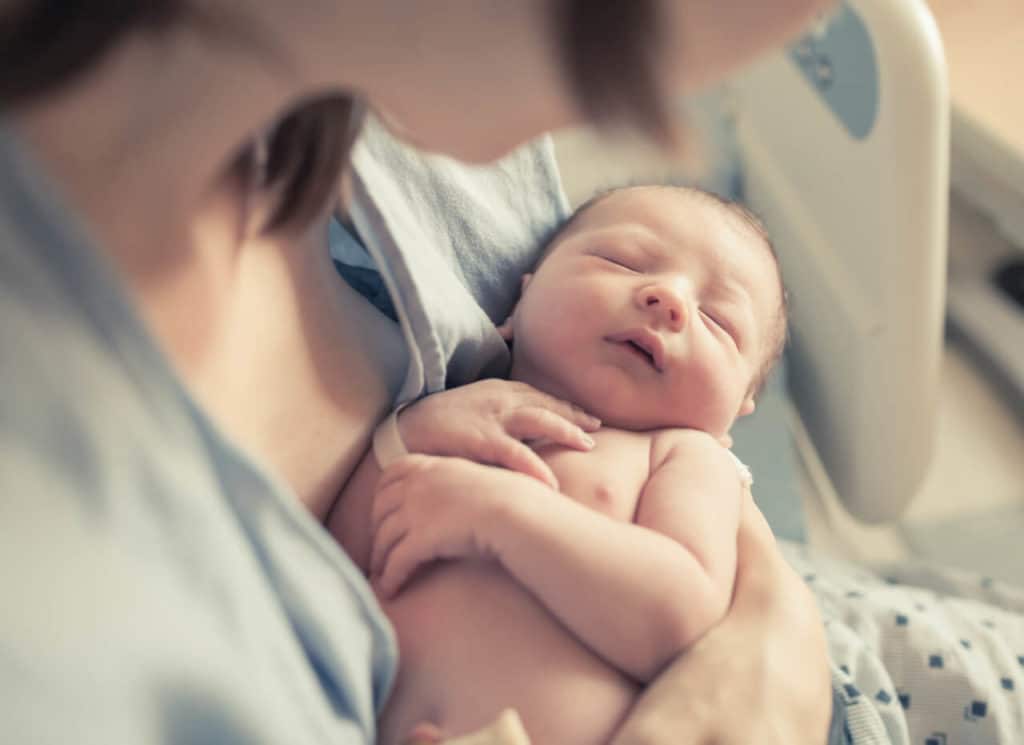 In all the joy of the new addition to the family and the turmoil of the birth, some expectant mothers forget that after the child, the afterbirth is also waiting for them.

However, there are a number of myths and traditions surrounding the afterbirth, which were often carelessly disposed of in the past, and which are worthy of attention even in modern times. You have probably heard that some couples prepare and eat the placenta.

You may have even come across the term lotus birth. Sometimes it also helps to look at the animal kingdom to learn how nature intended the afterbirth to function.

In any case, it is important that you think about how you and your partner want to deal with the afterbirth before the birth.

Because during and especially after the birth you will be busy with other things, like getting to know your newborn child. This article will help you to be clear about the whereabouts of the afterbirth in time.

What The Afterbirth Is All About

Virtually all mammals give birth to the afterbirth shortly after the young. Biologically, humans are mammals, so this process is not much different for us.

In animals, it can take hours, if not days, for the afterbirth to be fully born. In our medically well-supplied world, on the other hand, people try not to delay the afterbirth for too long.

Many people think that the afterbirth is the same as the placenta, which has nourished your baby for nine months.

In fact, this also makes up the majority. However, the afterbirth consists of all the structures that filled the uterus together with the embryo during pregnancy.

With the birth of the placenta, the body begins to produce milk. This new phase is called the puerperium.

What Is The Placenta?

Placenta is the scientific term for the so-called placenta. The German name also describes the function of this important tissue.

This is because the placenta feeds your baby in a sophisticated way during pregnancy. It is difficult to say to which organism the placenta belongs because it is formed by the embryo, but nests in the uterine wall of the mother and grows together with it.

It is then permeated by your blood vessels and those of your baby. As a result, there is a constant exchange of nutrients and oxygen. Conversely, the embryo can pass on waste products to you, which you excrete for it.

By the way, one third of twins share a placenta, while the remaining twins each develop their own.

This depends on several factors, such as whether your twins are identical or fraternal and how long after fertilization the embryos separated.

Give Plenty Of Notice Before The Birth

After birth you have a lot of new tasks to do, so the whereabouts of the afterbirth is only one of many points on the plans during the postpartum period, which is often neglected.

It is best to inform your midwife about your plans for the placenta before the birth. However, she should know about this at the latest when labor begins.

You or your partner may not always be able to articulate your wishes at the right time. In this case, it is an advantage if an outside person can pay attention to this.

Also interesting:
Tips For Parents: How To Succeed In Everyday Life With Child

Don’t Be Afraid Of Problems When Detaching The Placenta

Either midwife or doctor will check the afterbirth to make sure it is complete. This is for medical reasons.

After all, if remnants of the placenta remain in the uterus, the tissue will die and cause inflammation. The dreaded puerperal fever can also be caused by an incomplete placenta.

Therefore, if the doctor finds an incomplete afterbirth, the uterus is scraped to avoid these risks.

Often, however, such a procedure can be prevented. Skilled midwives know suitable handles for pushing the placenta in the direction of the birth canal, even from the outside.

In some cases, even careful pulling of the umbilical cord helps. Ideally, the doctor and midwife will always try to help the afterbirth into the world naturally.

Since the placenta detaches from the uterine lining after the baby is born, about 250 to 500 ml of blood also goes out with the afterbirth.

This amount is completely normal. However, anything above this is considered postpartum hemorrhage and is strictly controlled by the doctor. To prevent excessive blood loss, the doctor may give you medication during this phase.

What Happens To The Placenta During A C-Section?

With regard to the placenta, you have the advantage during a C-section that it can usually be removed completely and intact from the uterus.

However, since the hormones of a natural birth are missing, the doctor often has to help with medication to enable the placenta to be detached at all.

The New Trend Of Lotus Birth

Since the 1980s, the trend of the lotus birth has become established – originating in the USA.

In a classical birth, sooner or later your partner or yourself will be asked to cut the umbilical cord. This step is prevented by the lotus birth.

Instead, this connection is not cut in the so-called lotus birth. The baby remains connected to the placenta after birth and will remain so until the umbilical cord falls off naturally.

This process takes 3 to 10 days. During this process, it is important to keep the placenta in its own container and treat it with herbs and salt so that it does not spoil or attract bacteria.

A series of pictures shows how aesthetically pleasing these first days can look.

However, lotus birth is not entirely controversial. Medically, there is no need for it to maintain the connection with the placenta after birth.

Although too early weaning is also dangerous – you should wait at least three minutes – the German Society of Gynecology and Obstetrics advises against waiting longer, as the risk of infection increases afterwards.

What You Can Do With The Placenta After Birth

In the hospital, the afterbirth is usually disposed of together with other organic waste from the hospital. If, on the other hand, you have plans for the placenta yourself, you must express them beforehand.

Most clinics have no problem handing over your placenta.

After all, it belonged to your body and therefore still belongs to you after birth.

From all over the world there are a number of customs around the placenta, which have slowly found their way into our culture through globalization.

Also interesting:
What Are Contractions? Harmless Or A Cause For Concern?

Can The Placenta Be Eaten?

If you have ever observed an animal birth with your pets or in a documentary, you have certainly noticed that many animal mothers eat the afterbirth as a matter of course.

By the way, not only predators do this, but also pure herbivores like sheep or horses.

The afterbirth has a high protein content, which helps weakened mothers to rebuild their immune systems after birth.

This naturally raises the question of whether we humans might not also eat the placenta. In fact, this trend also originated in the USA and has long since reached Europe.

The big problem with so-called placentophagy is the hygienic standard that must always be maintained for food and is difficult to implement in the delivery room. So if you have no possibility to freeze the afterbirth immediately, you should say goodbye to the idea of eating your placenta.

Also, there is certainly a biological reason why human mothers, unlike many other mammals, do not even feel the need to eat their placenta.

Rather, this thought even evokes disgust in many people. Last but not least, many experts also advise against eating the human placenta.

Conclusion On The Afterbirth

So you see, the placenta is a biological marvel that makes it possible for a baby to grow in the womb in the first place.

Because it plays such an important role during development in the womb, it is considered to be of great importance even after birth. Fortunately, your child will not need the afterbirth once it is born.

However, you can think about whether you want to use it for one of these purposes during your pregnancy.

When The Baby Is Finally Here – What Happens After Birth

Stretch Marks – What Can I Do About Them?

Baby Blues: 6 Tips Against The Low Mood After Birth

Period After Birth: When Does It Start Again?

The Birth Position Of The Baby In The Womb

All Articles About The Time After Pregnancy At A Glance

All Articles About Labor & Birth At A Glance 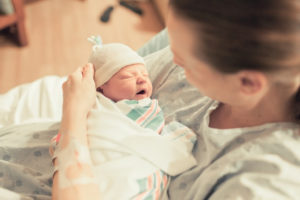 The Birth – Types, Places, And Processes Of Birth 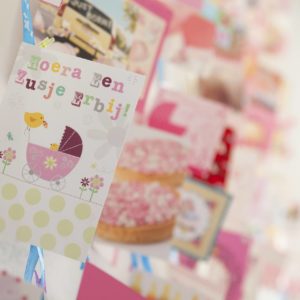 Poems For Birth: What Could Be The Right Poem For Your Greeting Card? 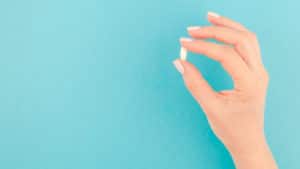 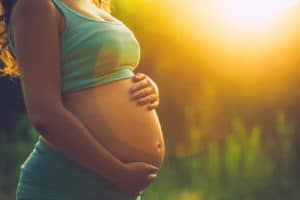 1 thought on “All The Facts And Traditions About Afterbirth”