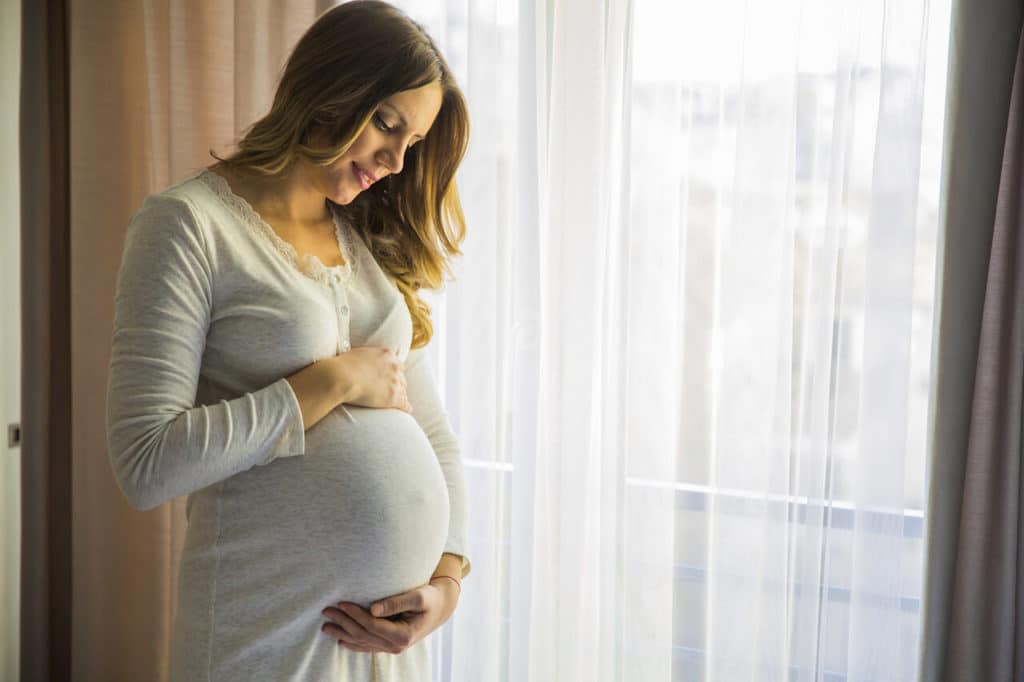 Many women develop anemia, a condition known as anemia, during pregnancy. The cause lies in a dysbalance of the blood components. The blood is a complex fluid whose components are finely tuned to each other in their concentration.

Find out here what you need to know about these complications in pregnancy.

Red blood cells, also called erythrocytes, make up the majority of these blood cells. They are responsible for carrying oxygen around the body to the organs. In anemia, the number of red blood cells is reduced.

The cause is often a vitamin or mineral deficiency. In order to form erythrocytes, the body needs iron and folic acid, among other things. If these substances are not available, not enough red blood cells can be formed.

As a result, the organs can no longer be supplied with sufficient oxygen. Women have an increased risk of developing anemia during pregnancy, especially in the 3rd trimester of your pregnancy.

After all, during pregnancy a woman’s body has to supply not only itself but also the growing baby with nutrients and oxygen. Pregnant women, therefore, have an increased need for iron and folic acid.

It is often not possible to cover this requirement completely through food. As a result, deficiency symptoms and anemia can occur. Fortunately, these types of anemia can be treated well with appropriate vitamin or mineral supplements.

Only in very rare cases is pregnancy anemia due to pathological causes and must be treated with the help of blood transfusions. Untreated and severe anemia can cause serious developmental damage to the baby.

However, if you have regular check-ups during pregnancy, you will not have to worry about undetected anemia. Your gynecologist will check your blood levels regularly to make sure you don’t have anemia.

How Your Blood Is Made Up

In order to understand how anemia occurs, you should know how your blood is composed in the first place. Although it looks like a simple red liquid to us, blood is an extremely complex organ with many different components.

About four to six liters of blood flow through the veins of every human being. More than half of this consists of blood plasma, the so-called blood fluid. The blood plasma consists mainly of water.

The blood cells, the solid components of the blood, float in it. However, these are so tiny that they cannot be seen with the naked eye. There are about 75 million of these blood cells in one drop of blood alone.

Since they have a life span of only about 120 days, they must be formed again and again. In the body, the erythrocytes are responsible for transporting oxygen to the organs and for removing carbon dioxide, thus performing a vital task.

Indeed, without oxygen, not a single cell in the body would be able to function. Oxygen is transported to the various organs and tissues via the blood pigment hemoglobin. Thanks to its special structure, oxygen can easily attach to it and thus be transported through the body.

Anemia In Pregnancy – These Are The Most Common Causes

Anemia in pregnancy is not uncommon, but it can have different causes. In most cases, it is due to a deficiency of certain vitamins or minerals, of which greater amounts are needed during pregnancy than usual.

Among other things, the embryo needs iron, folic acid, and vitamin B12 to grow healthily in the womb. The same nutrients are also needed by the mother’s body to form red blood cells and hemoglobin.

If these substances are missing or if the increased requirement is not completely covered by the diet, too few red blood cells are formed. As a result, the organs are no longer supplied with sufficient oxygen. As a rule, several factors are involved in the development of anemia. However, iron deficiency and folic acid deficiency are considered the most common causes.

Women generally tend to be iron deficient. This is due to the fact that they regularly lose blood and thus iron through menstruation. During pregnancy, your body needs even more iron than usual, because not only you but also your baby needs to be supplied with the mineral. The iron is also needed to form hemoglobin.

In the last months of pregnancy, the mother’s body needs to produce more erythrocytes in order to supply the growing baby with enough oxygen. Thus, if the iron requirement is not fully met by a full diet, iron deficiency will result.

The vast majority of cases of anemia during pregnancy are due to iron deficiency. As a rule, this is diet-related and can be treated well by taking iron supplements. In rare cases, there is a pathological cause for iron deficiency. This can be, for example, chronic intestinal diseases.

Folic acid is involved in various processes of cell formation and cell division. In the first weeks of pregnancy, the vitamin is particularly important, as the embryo undergoes the first stages of development during this time.

If there is not enough folic acid during this critical period, severe malformations can occur in the unborn child. A common complication is the so-called neural tube defect.

The neural tube forms around the third week of pregnancy and forms the basis for the central nervous system. The brain and spinal cord later develop from it.

Babies with neural tube defects often lack parts of the central nervous system. They are usually not able to survive but die shortly after birth. To prevent such complications, pregnant women should take folic acid regularly.

Also interesting:
Gestational Diabetes - What To Do?

As a rule, special vitamin preparations are prescribed by the doctor for this purpose, since it is very difficult to cover the folic acid requirement completely from food. Although the vitamin is found in many types of leafy vegetables, it is very sensitive to heat and is therefore quickly lost during cooking.

That iron and folic acid stores are reduced or emptied during pregnancy is, in principle, quite normal. However, there are also a number of conditions that can lead to pregnancy anemia. These include kidney disease, thyroid disease, and infectious diseases.

Hereditary blood disorders such as sickle cell anemia or hemoglobin S-C disease can also be behind anemia. In these diseases, hemoglobin is often not formed properly or does not function as it should.

The first signs of anemia are usually very non-specific. You may experience symptoms such as fatigue, pallor, weakness and shortness of breath. If the anemia is more severe, palpitations, heart palpitations and dizziness may also occur.

Diagnostics – How Does The Doctor Diagnose Anemia?

As a rule, anemia is detected at an early stage because the gynecologist regularly performs blood tests and determines the hemoglobin level. This value indicates how many grams of hemoglobin are present in one deciliter of blood.

If the hemoglobin value is particularly low, it usually means that there are also too few red blood cells. The ratio of blood cells to blood fluid, the so-called hematocrit, is therefore no longer correct.

According to the definition of the World Health Organization (WHO), anemia in pregnancy is present when the Hb value is less than 11.0 g/dl in the first and third trimesters, and less than 10.5 g/dl in the second trimester.

If iron deficiency anemia is suspected, iron and ferritin levels are determined in addition to hemoglobin levels. These values can indicate whether iron stores are empty.

Why Is Pregnancy Anemia Dangerous?

If left untreated, anemia in pregnancy can have far-reaching consequences, especially when it comes to the baby’s health. Towards the end of pregnancy, the fetus needs large amounts of oxygen. As you already know, erythrocytes are responsible for transporting oxygen.

If the mother’s body cannot produce enough erythrocytes due to a disease or an unbalanced diet, the fetus may not be supplied with enough oxygen. This can lead to developmental disorders, and possibly also to premature birth or birth complications.

However, if you attend regular check-ups with your gynecologist, there is no reason to worry. If you do have anemia, your gynecologist will determine this during a blood test and immediately initiate appropriate treatment.

This Is How Anemia Is Treated

Depending on the cause of the anemia, different treatment measures must be taken. In most cases, pregnancy anemia is due to iron or folic acid deficiency. It can then be reversed by having the affected person take special vitamin or mineral supplements to compensate for the deficiency.

In some cases, the nutrients are administered intravenously, i.e. as an injection. This may be necessary if treatment has to be carried out very quickly or if the preparations are not tolerated orally. If there is a particularly pronounced anemia with severe symptoms, the administration of vitamin preparations is usually not sufficient.

What Can I Do To Prevent Anemia During Pregnancy?

During pregnancy, a rich and balanced diet is very important. Since iron deficiency is the most common cause of anemia in pregnancy, you should pay particular attention to getting enough iron in your diet.

If you take them regularly and also watch your diet, you can significantly reduce the risk of anemia and protect your baby’s health. 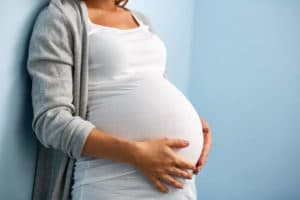