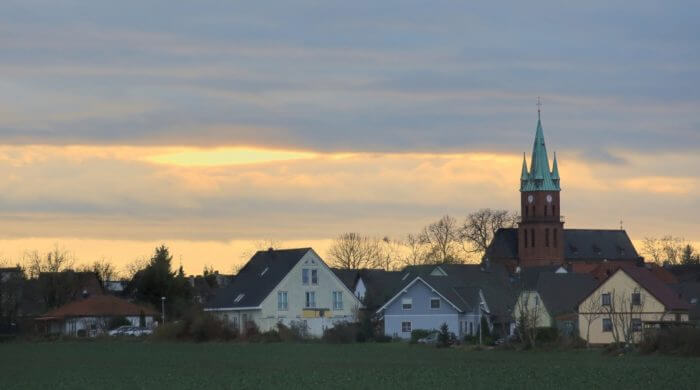 Some people like Foreigners not. They want people from foreign countries to stay out of Germany. Such people who do not like foreigners are called racists. Racists have set fire to a refugee home in a small town called Tröglitz in the state of Saxony-Anhalt set fire to a refugee home. People from other countries often live in such refugee homes before they get proper housing and the state has decided they can stay in Germany.

In May, refugees who had fled war and poverty from their homeland were supposed to move into the refugee home in Tröglitz. But the right-wing extremist Arsonist probably had something against that. They set afire and destroyed the home, in which fortunately no one was living. Many right-wing extremists live in Saxony-Anhalt and have been demonstrating against the home for months. Also, the mayor of Tröglitz was so threatened by the racists that he resigned from his post.

There Are Also Other People In Tröglitz

People in Tröglitz gathered in front of the burned home the day after the arson attack to show that not all Tröglitz residents are racists. By doing so, they wanted to show that not all people are xenophobic and Foreigners hate and that they are happy to let people from foreign countries live in their village.

Racists and right-wing extremists are people who hate people who are different from themselves. They don’t like them because they look different and have a different skin color, for example. Such a feeling is also called Xenophobia because their hatred is directed against people who are strangers. The new mayor of Tröglitz said that the refugees would now be accommodated in another house. In case of need, people want to make room in their own houses for the refugees.

Arson is when someone sets a fire on purpose.

Right-wing extremists are people who want only Germans to live in Germany.

Foreigners are people from other countries who were not born in Germany.

Saxony-Anhalt is one of 16 federal states in Germany.

Xenophobia is the feeling that racists have when they dislike people from other countries.