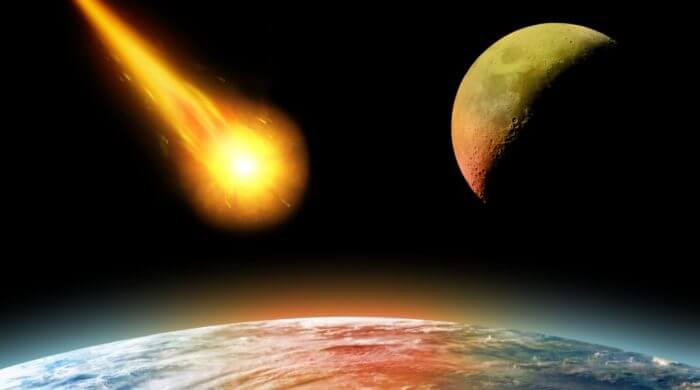 Of all nights, the night of ghosts and witches, an Halloween, an Asteroid only scarcely past the earth. With an average distance of 500,000 kilometers, which is not even a stone’s throw in space, the chunk of rock comes closer to Earth than any asteroid of this size has in a long time.

The asteroid was only recently discovered and is hurtling towards Earth at an incredible 126,000 kilometers per hour and will miss it by only 1.3 times the Lunar distance according to present conditions. Good for us that NASA is observing the chunk and that it will probably not change direction in the few remaining days. It will whiz past the earth on Halloween night on Saturday and we will not even notice it. It won’t be until 2027 that another object of similar size will whiz past Earth at a similarly short distance.

An Impact Would Have Catastrophic Consequences

The Halloween asteroid (which was actually christened “2015 TB145”) has a length of about 470 meters. In 2013, a small asteroid had burned up in our atmosphere over Russia, breaking apart, and was only 20 meters long. If an asteroid 500 meters long were to hit the Earth, it would be very dangerous, because if it crashed into a city, that city would probably be completely destroyed. And also if it would hit the sea, a gigantic tidal wave would be formed, which would flood the coasts. Fortunately, however, the Halloween asteroid misses us this time. But we have to watch the sky, because there are many asteroids flying around in space.

Halloween is an American festival that always takes place on October 31. As soon as it gets dark, children dress up in scary costumes and go from house to house ringing doorbells. Then they say: “Trick or treat!” and get candy from the people. Halloween has probably been around for hundreds of years.

Also interesting:
Overconfidence Can Be Dangerous When Swimming

An Asteroid is a large piece of rock that races through space, usually on a path around the sun, just like the planets.

The Lunar distance corresponds exactly to 384,400 kilometers. However, this fluctuates depending on the season and the moon is sometimes closer, sometimes further away from the earth.

NASA is the American space agency. It sent a man to the moon for the first time in 1969: Neil Armstrong was the first man on the moon.