Home > Child > Kids news > At Easter, The Pope Has A Lot Of Work 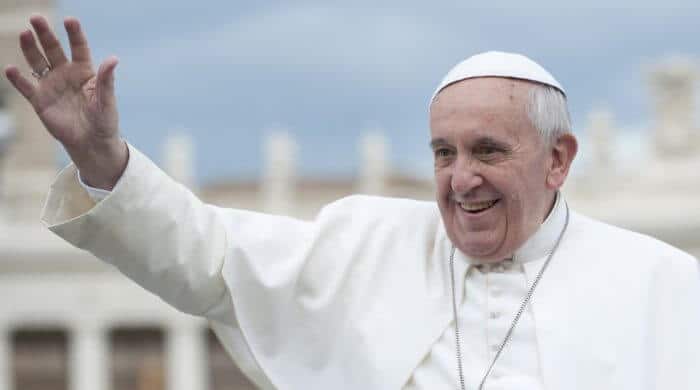 The Thursday before Easter is always the start of the Pope’s busy schedule. On that day, he holds a large Mass in St. Peter’s Basilica in Rome. At this service, the Chrism oil is consecrated, which is used again and again throughout the year. Christians need this oil at baptism or confirmation. At this service, however, Pope Francis not only consecrated this oil but also called on all the priests in the world to take more care of people and help them with their worries and problems.

On Good Friday is the climax for many Christians. There the cloister takes place, which is to remind of the crucifixion of Jesus Christ more than 2000 years ago. As you may know from religion classes, Jesus was sentenced to death by crucifixion at that time. He had to carry his cross himself through the alleys of the city. Many devout Christians around the world follow this path and so does the Pope in Rome. On Easter Sunday, many people then gather in the square in front of the St. Peter’s Basilica. They all wait for the pope, who appears on a balcony and says the blessing for the people “Urbi et Orbi” for the people. So you see that Pope Francis does not have much time on Easter and much work awaits him every year on these days.

Rome is the capital of Italy. There are still many great buildings from the Roman times to visit, such as the Coliseum, where gladiators used to fight.

The Chrism oil is used in the Catholic Church as oil for anointings. Chrisam consists of olive oil with fragrant balsams mixed in.

Good Friday is the Friday before Easter and is considered by Christians to be one of the most important holidays of the whole year. On this day the Church commemorates the death of Jesus Christ on the cross.

At “Urbi et Orbi” is the blessing of the Roman pope, which he gives in a particularly solemn form at Easter, Christmas, and immediately after his first public appearance as the newly elected pope.