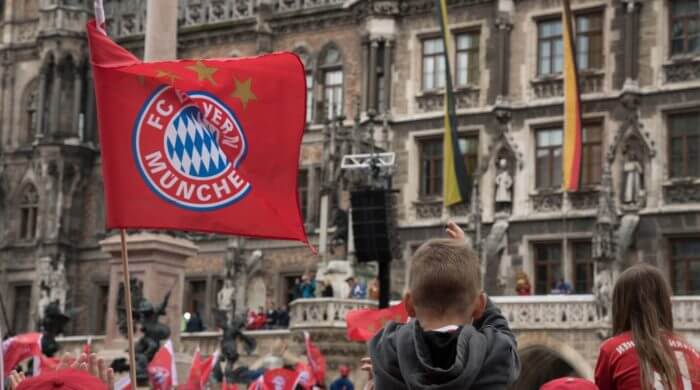 At a Test match in China, the Record champion Bayern Munich against FC Valencia that it is already in captivating form and swept the Spaniards with 4-1 from the field. It became clear that Bayern can switch very quickly even without the midfield star of recent years, Bastian Schweinsteiger, and then pull forward was not less by his move to Manchester United. And this has one particular reason: Douglas Costa.

Bayern is currently on a test match trip to China for promotional purposes. The first match was against the Spanish first division team FC Valencia at the Olympic Stadium in Beijing. The FC Bayern came from the beginning very well to scoring chances and also scored consequently and deserved the very nice goals by Thomas Müller, who even scored twice, and Thiago and Robert Lewandowski. But the winner of the game was clearly Douglas Costa: the newcomer showed throughout the game that he is a useful addition for Bayern and even prepared the 3-1 himself. And besides Costa, the Chinese fans were the big winners of the trip, as they celebrated FC Bayern as the biggest and greatest club in the world and screamed deafeningly loud.

Also interesting:
The Elbe Has Hardly Any Water Left

2 days later, Bayern moved on to Shanghai, where the top Italian club Inter Milan awaited. Bayern was victorious here as well, winning the game with a goal from Mario Götze, our World Cup hero. Unfortunately, there is also bad news for Bayern fans, because Javi Martinez, who just had a serious knee injury on the right knee behind him, was injured again- this time on the left knee.

A Test match is not about points or trophies. It’s just about seeing who’s the better one.

FC Bayern is the Record champion of the Bundesliga because no other club has won as many championships as Bayern.