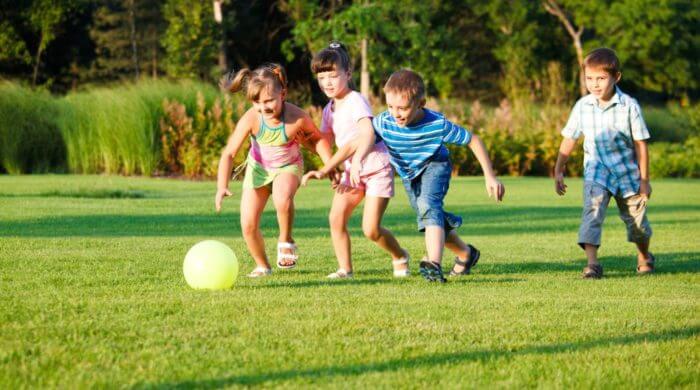 I don’t know about you guys, but I think that most kids are happy to do as little as possible without their parents. By that, I mean things like playing without supervision or meeting up with friends somewhere. But that’s not the case everywhere, and certainly not in the USA. Parents there have now founded a community with the aim of allowing their children to move around on the street without supervision or to play on the playground without supervision, for example

What Sounds Crazy Unfortunately Has A Serious Background

This may sound crazy to most of you, but in the USA this has become worse and worse in recent years. More and more, children here are being raised to be completely uninvolved. Almost all the time the children are under the supervision of their parents. But they don’t do this voluntarily, no, they have to. If they do not do this, then there is real trouble for the parents.

A few days ago, parents even had to pick up their two children at the Children’s Emergency Service pick up their children. And do you know why? Because the children were alone on a playground and the police saw that. They packed the kids up and took them to the emergency services. Really crazy, isn’t it? On top of that, the parents got another charge from the police for neglecting the kids. This kind of thing is becoming more common in the U.S. lately. One woman was even arrested for letting her nine-year-old daughter play alone on the playground. The girl had an apartment key with her and even a cell phone so she could have called her mother in an emergency.

Parents have now formed the community Free-Range Kids founded. They want their children to be allowed to exercise on their own again. To play along with their friends, to play soccer in the park, to walk to school together and that without the parents or a parent having to be there all the time. The children should learn again what playing in the community means and they can make their own experiences. Without that in such a way that the police does not intervene again and again and prevent the children from it.

The Children’s emergency service is available to all children who are in distress or who are exposed to an acute risk to the welfare of children as a place of refuge and as a contact point around the clock.

Free-Range Kids could be loosely translated as “children in free-range”. What is meant by this is that children do not have to be constantly “guarded” by their parents, but can move and develop freely outside.