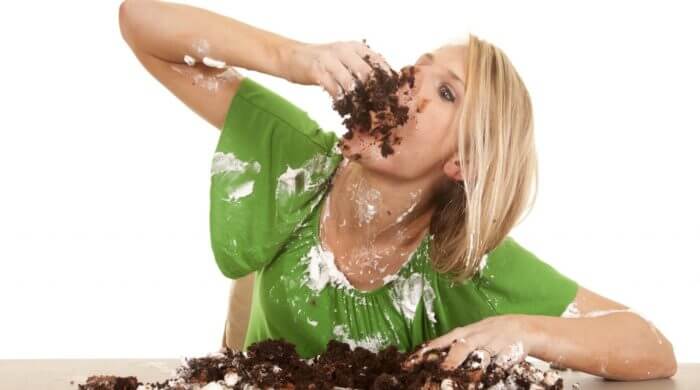 Eating is something pleasurable. Normally, we do it intuitively. Intuitively means that our body tells us what to do. So you don’t have to think when you act intuitively. The body needs food, so sometimes we feel hungry. Without giving it much thought, we reach for spaghetti, salad, and the like when our stomach growls.

You would think that this is the case for all people as a matter of course. But the truth is quite different. Some people don’t eat at all. Others eat more than is good for them. And still, others eat only to throw up in the toilet a little later. Again and again, they do this until they are emaciated and tired. Why would anyone do such a thing? There are many reasons. For a better understanding of bulimia (binge eating disorder), we would like to offer you some insights today.

Bulimia refers to a specific type of eating disorder. While anorexics almost completely abstain from eating, bulimic people do eat. It is sometimes even the case that they display downright binge eating. It then seems as if they no longer have their eating behavior under control at all.

Also interesting:
Is There A Second Earth?

A little later, bulimics disappear to the toilet or bathroom to throw up (more or less) secretly. They don’t do this because they feel sick from eating or because they can’t tolerate something. Mostly serious psychological or mental problems are behind it. It usually starts with not wanting to gain weight and yet not wanting to give up delicious food or sweets.

Over time, this behavior becomes a habit and you no longer question it yourself. It seems to be quite normal for sufferers to slip off to the toilet to throw up after eating, while their family members take a nap or a walk.

In Whom Can Bulimia Occur?

Basically, bulimia can occur in anyone. Teenagers going through puberty, however, are especially at risk. Because they are going through a fairly difficult time, they are easily influenced. A few remarks such as “Oh man, you should really lose weight!” or similar are enough to trigger the disease. In most cases, however, kids and teens suffering from bulimia have always been insecure or have a tendency toward perfectionism.

Some people have low self-esteem. Others misjudge the modern ideal of beauty. Pretty women and men are not only healthy and inwardly balanced but may quietly have a few grams more on the hips. Many teenagers forget that the charisma of a person is so much more than a few kilos less.

That’s why they feel they have to lose weight. They don’t want to be ostracized or think that they will never get a steady boyfriend or girlfriend if they are a bit chubbier.

It is not uncommon for bulimics to live in a perfectionist family that is characterized by pressure to perform. If you can’t meet your parents’ expectations and blame yourself, sooner or later this will affect your emotional life and thus your psyche.

But conflict-laden situations can also be triggers for an eating disorder. Divorce or the loss of a beloved family member, for example. These are strokes of fate that not everyone can overcome well.

Some even have a completely false perception of themselves. Although they are already thinner than most, they think they are insanely obese. Bulimia is thus only a symptom of a much deeper, psychological illness.

In addition to external influences, there is also a genetic predisposition to eating disorders. But that alone is not enough to trigger bulimia.

If bulimia goes undetected for too long, it gets worse and worse. Those affected no longer let anyone get close to them and are firmly convinced that they are doing the right thing. They feel lied to by other people. This is why some bulimics can only accept help when they have already lost a lot of weight and start to feel the health consequences.

Constant vomiting causes stomach acid to enter the esophagus over and over again. Normally, stomach acid does not belong in the esophagus. That is why it is damaged by the acid. In the worst case, this can even lead to esophageal cancer.

In addition, the teeth of the bulimic are damaged. They cannot withstand the constant acid load any more than the esophagus can.

Lack of fluids and nutrients are also a constant companion of those affected.

It is therefore not uncommon for a stay in hospital to be necessary in order to provide first aid for bulimics, so to speak. Most of the time, however, they do not manage to confide in anyone at all. Because they are ashamed of it, they try to conceal their illness as well as possible.

At some point, a bulimic feels so powerless that control over their body slips away. If bulimia becomes noticeable, the person should be approached about it immediately. In doing so, the bulimic may react defensively. Nevertheless, help must be sought.

Bulimics need not only hospitalization but accompanying dietary changes and long-term psychotherapy. This is the only way to solve the underlying problems that triggered bulimia.

1) Briefly explain what is meant by bulimia. What are the symptoms? How does a bulimic behave?

2) How does bulimia develop? Why do some people force themselves to vomit their stomach contents?

3) What health consequences can bulimia lead to?

1 thought on “Bulimia Is Co Dangerous For Teenagers”