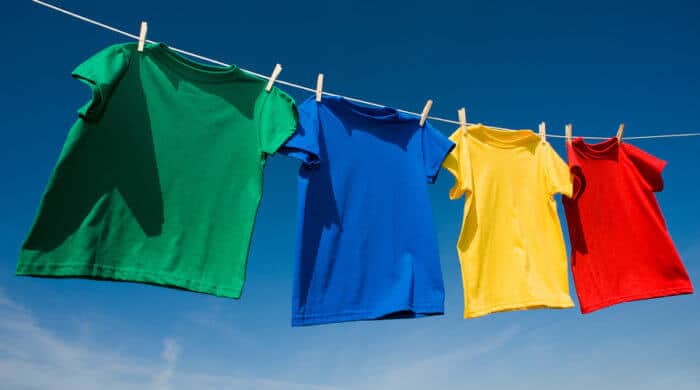 In the U.S. state of California, the ban on clotheslines has now been abolished. No kids, this is not a joke. You probably know this from your mom hanging laundry on a clothesline in the backyard or on the balcony so the clothes can dry in the sun.

In California You Don’t See Laundry In The Garden

What we take for granted here was not possible in California until now. There was no laundry hanging in any garden there. Everyone knows that laundry dries particularly well in the sun, and in California, the sun is almost always shining. But that will surely change soon because in California the ban on clotheslines has now been lifted. This means that even there people are now allowed to hang on a line in the garden.

Why Is There This Ban?

In many thousands of settlements with houses, this ban was previously in effect, and it was in the garden and also on the balcony. This strict ban was imposed because the politicians there believed that the laundry in the garden would not look good and would disfigure the settlements. Everyone had to hang their laundry in the bathroom, in the basement, or in another room in the house or apartment. But this is now an end. The Governor of California, Jerry Brown, has now allowed laundry to be hung on the clothesline in the backyard or on the balcony. This is a good thing because many people had no room for their laundry in the apartment and therefore bought a clothes dryer. But it uses a lot of electricity and is therefore not so good for our environment. Now, however, a lot of electricity can be saved by simply hanging the laundry in the sun.

Also interesting:
Sky Events In June: A Race Of The Planets And Meteor Showers

California is the third largest and by far the most populous state in the United States of America. It is located in the western part of the country and borders the Pacific Ocean. California is also called the Golden State. The most famous cities are San Francisco and Los Angeles and the capital is Sacramento.

In the USA the Governor is Head of state and the government of a state. Just as it is with us in Germany the Minister Presidents. In our country, every state has a minister-president and in the USA every state has a governor. The governors are elected directly by the population of their state.