Home > Child > Kids news > Are You Actually Allowed To Camp Anywhere In Germany? 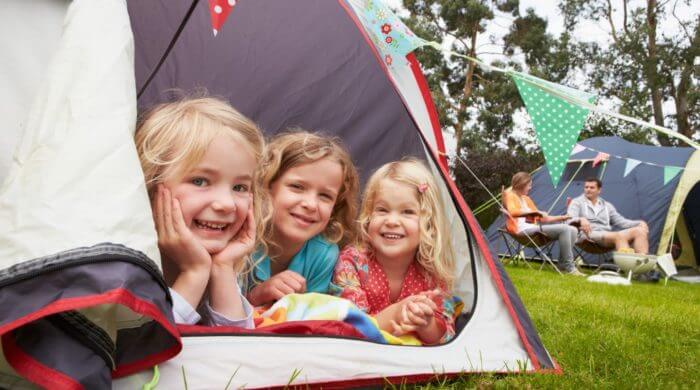 Hello children. Vacation time is for many also camping time. I don’t know about you, but at your age, I was Camping loved. I was always looking forward to the vacations and then the tent was pitched in the garden or on the meadow in front of the forest. That was really adventurous. But how does that actually look today? Is it actually allowed in Germany that you can camp everywhere?

Some Things You Have To Consider

Especially the people who are simply on the road with a bicycle or as a hiker with a tent and want to make a tour through the country, they have some problems. In contrast to many other countries, where you can simply pitch your tent when you are tired, there are some things to consider in Germany. With us, it is different from state to state. Basically, you can say that you can pitch your tent anywhere where it is not expressly prohibited. However, this does not apply to areas that are under nature conservation, areas that are Biotopes are or in areas where there is a water protection area or a game protection area. If you want to sleep in the forest, you must get written permission beforehand. Who makes camping somewhere where it is not allowed, must expect a penalty. This can range from an admonition to a Fine for a misdemeanor.

Scandinavia Is Great For Campers

Campers have it best in the countries in Scandinavia. Here, the so-called Everyman’s Right applies and that means that you can pitch your tent on all public land. However, you are not allowed to stay there longer than two days and then you have to look for a new place. It’s also great in Scotland, where you can camp in nature with impunity. You have to be very careful in Italy. If you pitch your tent here without permission, you have to pay a fine of 100 euros and sometimes even more. There you have to look for a campsite and then you are on the safe side.

Camping is derived from the Latin word “campus”, which means field. Camping is a form of tourism and it means spending the night in tents, caravans or mobile homes.

Biotopes is the term used to describe both naturally formed landscape components such as streams, mountain forests, coniferous forests, mixed forests, etc., as well as habitats created artificially by humans, such as settlements in cities. Other biotopes are floodplains, deserts, mudflats, or orchards. A natural pond in the garden with water plants is also a type of biotope.

A Fine is a fine that must be paid if you do something that is not allowed. The best examples are a fine for speeding or for parking incorrectly.

Scandinavia is a part of Northern Europe. Scandinavia includes Sweden, Norway, and Denmark. Finland and Iceland, on the other hand, do not belong to it, but together with the other three countries, they form the so-called Nordic Council.