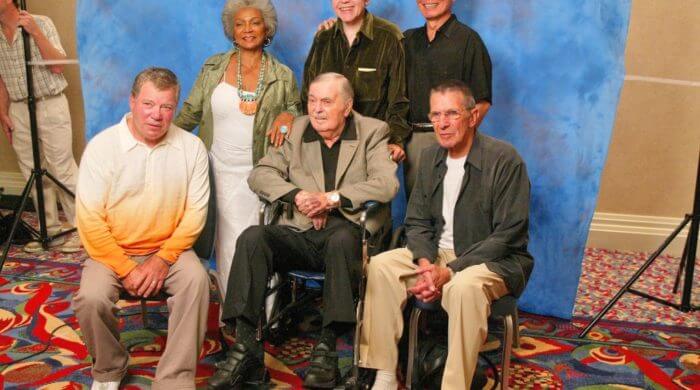 In the days when Captain Kirk was still traveling with his “Starship Enterprise”, he often saved civilization from destruction here on Earth. At the side of Mr. Spock and many other brave heroes, he thrilled and captivated the viewers in front of the TV. But now Captain Kirk, whose real name is William Shatner, wants to save the U.S California save.

California Suffers From The Most Severe Drought In It’s History

California is currently in a truly dramatic climatic emergency. For almost four years, the state has been suffering from a Drought drought, and the situation is only getting worse. Groundwater is getting less and less, and farmers, in particular, are fearing for their livelihoods more than ever before. Cities and municipalities have now ordered everyone to reduce water consumption in their homes and apartments by 25 percent. The water shortage threatens the entire country. A lot of vegetables, fruits, and grains are grown here, but other businesses in California also need water. If it doesn’t get better, then it can happen that quite a lot of people, but also companies, will leave and move to other cities in the United States. So it can happen that large parts of the country will become a big dry desert over the years.

Captain Kirk is now planning to build a huge water pipeline, a so-called pipeline. From the north of the USA, where there is a lot of rain, the pipeline is supposed to go all the way to California. But that would cost about 30 billion dollars, which he now wants to get from supporters. But it’s not that easy, because many environmentalists don’t want this pipeline. They find such a pipeline ugly and think that it would disturb the image of the landscapes. But what is better? To build such a pipeline or to let California dry up completely? The fact is that the water supply may last a little more than a year. But then if it rains so little again next year and there’s no snow in the mountains of California again, then it’s going to be quite dramatic.

Also interesting:
Adults Are Always Under Stress - What Does That Actually Mean For Us Children?

California is the third largest and by far the most populous state in the United States of America. It is located in the west of the country and borders the Pacific Ocean. Around 40 million people live in California.

Drought is the term used to describe an extreme condition, prevailing over a long period of time, in which less water or precipitation is available than is necessary for humans and nature.

Groundwater is water below the earth’s surface that reaches it through seepage of precipitation or, in part, also from lakes and rivers.