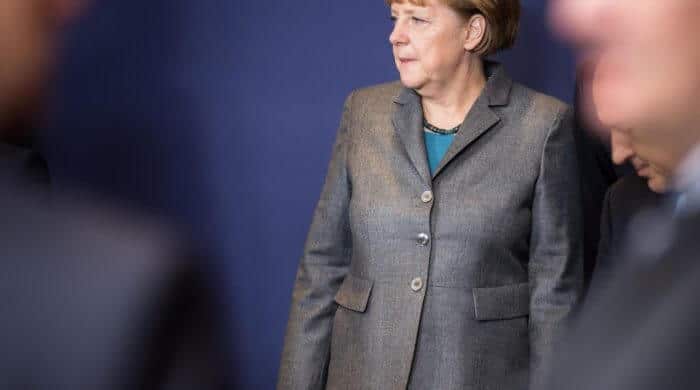 During an appearance at a Rostock school, German Chancellor Angela Merkel actually wanted to discuss current politics with the students. When the little girl Reem, daughter of a Refugee family, asked a question, Chancellor Merkel answered very honestly, whereupon the 14-year-old began to cry.

This Is Sometimes Hard- Politics

In the beginning, the Chancellor was still discussing all kinds of topics with the students at the event, which was titled “Living Well in Germany.” Toward the end, she then came to the topic of Refugee policy. Little Reem came forward and asked the Chancellor a question. Remm is 14 years old and was born in 2000 in a refugee camp in Lebanon. The girl had a brain defect from birth and came to a hospital in Germany for treatment. Through good treatment, Reem became healthy and went to school in Germany, her family also lives here, but her father is not allowed to work in Germany as a refugee. Reem asked the Chancellor how it can be that her father is not allowed to work and the family may even be deported back to Lebanon. Chancellor Merkel answered only with the words, “That is sometimes hard-politics. Unfortunately, some will have to leave again.” Reem then burst into tears. Merkel made an awkward impression as she tried to comfort little Reem.

Also interesting:
The Greek Head Of Government As A Guest In Germany

Reem Thanks The Chancellor For Her Honesty

In an interview, little Reem now stated that she was not angry with the Chancellor, but was grateful for the honest words. It is better to say something honestly instead of lying just because the other person wants to hear it. In fact, many politicians are now calling for refugee laws to be changed. Just because there is no longer a war in Lebanon, one should not send back a family that has lived in Germany for 15 years.

Refugee families are families who come to Germany from a country where there is war or where they are persecuted because of their religion or the like and have to fear for their lives.

The Refugee policy is determined who is allowed to live in Germany as a refugee and who is not.