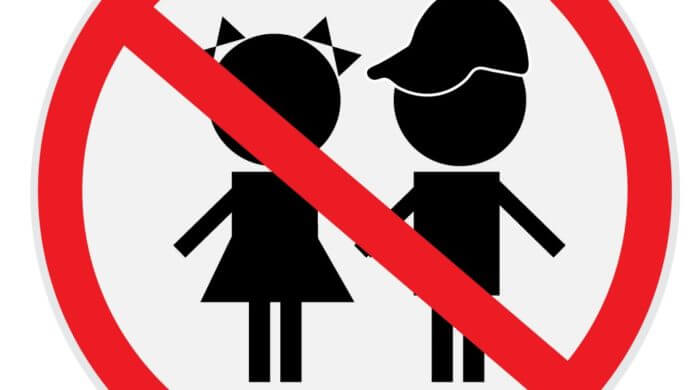 Unfortunately, children and dogs must stay outside. This announcement of a landlord from a Beer garden in Dusseldorf arouses the minds. Many ask themselves now again the question, mean children in Germany actually nothing more?

For a long time, a beer garden in Düsseldorf was a popular destination for families with children. A great white sandy beach with a great view of the Rhine, plus sunshades and deck chairs. Many people were drawn to the “Biergarten Sonnendeck” in Düsseldorf. But now the owner of this beer garden has declared it a child-free zone. In front of the beer garden is now a prohibition sign and there is written on a white background: “Rest area – No children / No dogs” and the appropriate symbols. And exactly this sign has now led to very heated discussions and especially parents can not understand this decision in any way.

The landlord Patrick white defends however its measure. He says that he is the father of three children, but he must meet this decision now simply. He pushes for it also partly the debt on the parents. According to his description, it has happened again and again that children have thrown sand at the other guests and the parents have simply tolerated this. In addition, the children would smear the tables and benches with mud, driving other paying guests out of the beer garden. In addition, the landlord says that families for children are detrimental to his business. Families are very happy to bring food and drinks to the beer garden themselves and do not buy anything from him, but use the deck chairs and the sandy beach. He can’t understand these nasty comments from the many mothers because he says that he had a playground built especially for children, but families just don’t use it.

Also interesting:
Halloween: The Night Of Witches And Ghosts

A Beer garden playground is something similar to an outdoor restaurant. There you can buy drinks, eat some food, drink coffee and eat cake, just like in a normal restaurant. Most beer gardens are in Munich and from there they have spread to other regions.

Dusseldorf is the capital of North Rhine-Westphalia. The city is located on the Rhine and has about 700,000 inhabitants.