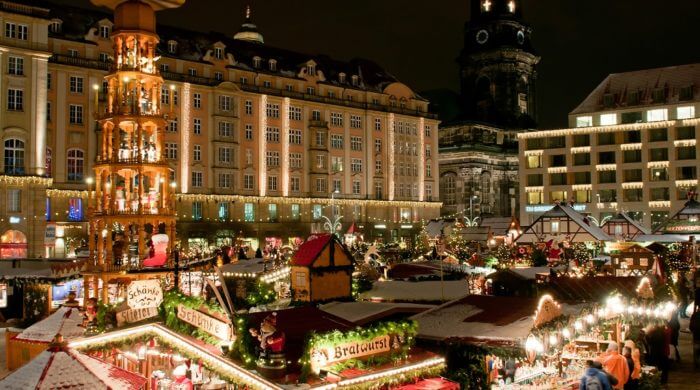 Gradually it is getting cold in Germany and in some parts of the country it has already snowed. The winter season also marks the beginning of the annual Advent season. We bake Christmas cookies, visit Christmas markets and make stars for on our windows. The Christmas market season has an old tradition that inspires thousands of Germans.

Advent Time- The Time Before Christmas

Maybe we also have an Advent calendar and every day in December we open a little door behind which chocolate is hidden. We sing Christmas carols and look forward every day to the approach of Christmas when we eat together with our families and give each other presents. But where does the Advent season actually come from? Christmas and also Advent is a time celebrated by the Christian world. The word “adventus” has its origin in the Latin language and means “expectation” or also “arrival”. During Advent, Christians, therefore, await the arrival of Christ, that is, the birth of Jesus. In the Christian faith, it is believed that God sent his Son to earth in the form of a human being. Jesus is said to have been born on December 24. Advent begins on the fourth Sunday before Christmas, four weeks before Jesus’ birth. The custom of the Advent calendar was thus established to count the individual days until December 24. It is believed that this tradition dates back to the 19th century.

A visit to a Christmas market is particularly popular during Advent. There is a Christmas market in almost every German city. There is a lot on offer: Carousels and hot cocoa for the children mulled wine and music for the adults. And at the numerous stands, there is a lot to discover – handicrafts, delicious food, and beautiful decorative items for your house or apartment. Often there is even an artificial ice rink, on which you Ice skating can, fun for young and old. The Christmas markets are often open until December 23.

Ice skating actually works like roller skating or rollerblading, except that it is not on rollers, but on a metal blade and on ice.