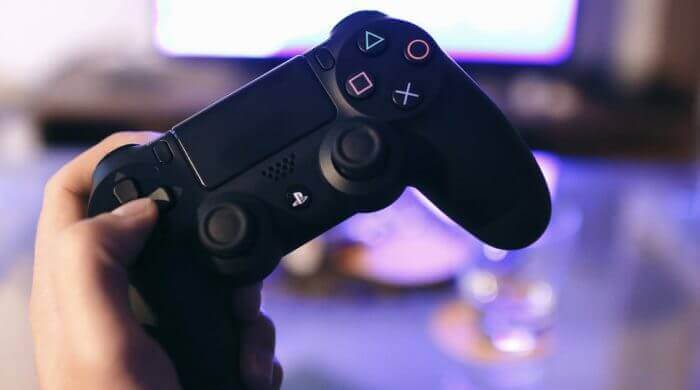 Shooting, shredding, robbing and murdering: Many kids act out their aggression in computer games. In principle, there’s nothing wrong with sitting in front of a PC from time to time. If you’re old enough, the law says you can “gamble” on violent games. However, most kids play PC games for which they are actually much too young. When they’re not gambling themselves, they’re watching other kids play, who may even be a bit older and have more violent games at home.

You’ve probably heard one or two adults say something like “That’s not good for you. You can’t have war games and first-person shooters!”. They’re not entirely wrong. Because for young kids, violent games are more exciting than they want to admit. Some can no longer sleep well at night or feel somehow irritable. They explode if you give them even the slightest reason to do so. But why does violence have such a negative effect on us?! We investigated and found out what science has to say about this question.

Why Is Violence So Exciting And Appealing?

It is hardly possible not to see a violent scene while zapping through the various TV channels. Whether it’s crime series, Hollywood movies or children’s channels, violence sells well. But this also means that people are fascinated by violence and enjoy watching violent scenes on TV. Of course, this also applies to PCs and consoles.

This raises the question of why we actually find something so gruesome exciting. German and U.S. scientists have now discovered the following: Not all viewers look for the same reason when blood spatters.

Some love the thrill that comes with it. One’s own adrenaline (a stress hormone that gets us pumped up) shoots up, and one experiences a small state of intoxication. Because you’re curious to see whether the TV heroes will survive dicey situations, you watch the movie to the end.

But that’s not the only reason to want to watch violence. Because some viewers have the feeling that they are seeing images from reality that they have not yet experienced. After all, hardly anyone among us has witnessed a murder or seen a person die. It is in our nature that we want to explore and experience everything unknown with our curiosity. So we don’t find the violence itself attractive. Rather, it is about the trappings of a situation that one has not yet experienced oneself.

This motivation to endure violence, however, applies more to adults. Children tend to enjoy the suspense itself and are in high spirits when they witness an exciting car chase.

This excitement increases when they can intervene in the action themselves. That’s why computer games have a magical attraction for many kids.

In addition, some teenagers play to “release aggression.” When something gets on their nerves, they shoot some people in a first-person shooter to vent. But the fact that this helps to reduce aggression is a fallacy. It’s true that immersing yourself in a game is a good distraction at the moment. But in fact, playing PC games can make you even more aggressive in the long run. If you play a lot, you can even become irritable and annoyed. To become more balanced, there are more effective methods than first-person shooters.

Acting Out Aggressions: This Is How It Makes Sense

Basically, you should only engage in games that are appropriate from the age restriction. That alone is usually not enough. Your parents can judge better than you whether something is suitable for you or not. That’s why you should make agreements with your parents and only try out those games that they have allowed.

Besides playing games, however, you should not forget to explore the real world. It is important to find a good balance between computer games and other activities, without one having to exclude the other. After all, not everyone who gambles is a homebody.

Most endurance sports have one huge advantage: you can do them without spending a lot of time or money. A trip to the fitness center is not necessary. Special, expensive equipment is rarely a must.

You can always put on a pair of sports shoes and just sprint off until you’re at the end of your rope. Really letting off steam with them helps to release pent-up aggression. Cycling, running or skating is easy to do without having to take a course or find a group. Try it and you will see: Sport not only loosens up the body, but also brightens up the mind.

If you’re willing to try something completely new, you’ll also experience a very special kind of excitement in various trendy sports. Instead of having a computer hero climb over daredevil canyons, you can turn your own life into an adventure. In most cities, there are beginner climbing courses for kids. They teach you how to belay each other and how to practice this sport responsibly. A good climber rarely finds himself in dangerous situations. Besides, it’s up to you to decide how far you go and what level of difficulty you’re comfortable with.

Rafting, wakeboarding, scuba diving and BMX riding are just a few other trendy sports among hundreds. These hobbies aren’t cheap, but they’re a lot of fun and add a little variety to kids’ and teens’ gray school days.

In addition to trend sports, there are also many courses for various martial arts and combat sports. They are now also offered in the form of children’s groups. Most clubs charge a quite affordable fee and train regularly.

An alternative to this is to hang a punching bag in your own home to let off steam when you are – for whatever reason – really angry again.

It can be very satisfying to create something yourself. But that doesn’t always have to happen in a building or strategy game. Our world holds an almost infinite number of possibilities for us to creatively let off steam in it.

Currently, there are many innovations in the field of handicrafts for children. For example, you can make great bracelets out of paracord cords or make funny little animals with loom rubber. It’s fun to collect colorful craft items and give friends a treat over and over again with the things you’ve made from them.

There have been a few rampages in the last two decades. These are terrible events that happen again and again, especially at schools. One speaks of a rampage when a young person or an adult threatens many other people or even kills some.

Also interesting:
What Do You Need For The Start Of School?

It is not uncommon to hear claims that a spree killer played violent games on a PC and was a rather lonely type. Some people even believe that first-person shooters and similar games are to blame when someone becomes a spree killer.

In fact, however, it takes much more to take the lives of other people. Playing computer games alone does not make you a spree killer. Because normally people have inhibitions to hurt or even kill others. The feeling of having to do something like that often has to do with serious mental illnesses.

Under no circumstances, however, can the blame be placed solely on computer games. However, it is true that computer games can sometimes make you more violent or trigger aggression. That’s why we would like to remind you once again to only play games that are permitted for your age.

As soon as you feel uncomfortable playing a game or see scenes that scare you, we advise you to leave it alone! Why should you play something that you don’t enjoy?

Finally, let us tell you: playing computer games is perfectly OK, as long as you follow the rules, agreements with your parents and laws regarding age rating.

2) Did you notice why some people find violence interesting? Why do we watch violent movies on TV?

3) What can you do to reduce aggression? What do you usually do when you are in a bad mood? Draw or write down your own ideas and strategies about this.