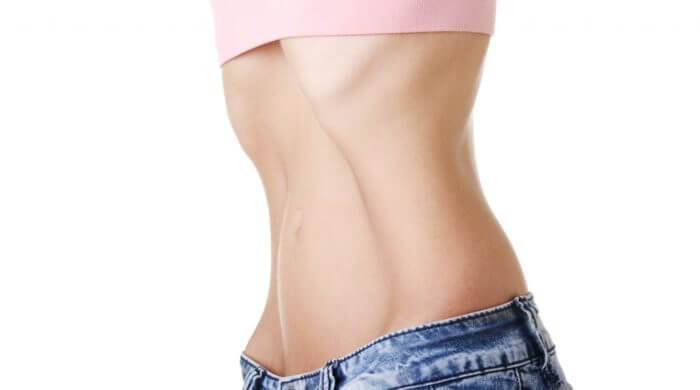 Unfortunately, many people you see in the media (that’s magazines, TV, Internet, and radio) have downright unhealthy body weight. Especially models starve themselves every day in order not to be a millimeter fatter than their competitors.

Extremely thin people are usually anorexic. Anorexics are afraid of getting fat. They eat next to nothing, exercise excessively, and lose more and more weight. At some point, the body becomes sick because it no longer gets enough nutrients. Anorexics still don’t stop dieting.

When they look in the mirror, they have an overweight image of themselves. Anorexia is a mental illness. So it takes place mainly in the mind of the sufferer. These anxious people live in their own world and see reality very differently than it actually is. Anorexia can be treated well if the sufferer allows it. There are special clinics, psychotherapies, and medications that help anorexics to eat normally again.

Of course, not every thin person is automatically anorexic. Still, you should be skeptical if you see only bone-thin people in a commercial. Don’t worry if you weigh a little more than most of the people on TV. That’s perfectly normal and a good thing.

The Modern Ideal Of Beauty

The perfect, pretty person of today has an even face and an extremely slim, athletic figure. Even means free of flaws and even. People on television have thin legs and slender arms. On their thin waists, they don’t have an ounce of excess fat. This idea of beauty is artificial and fake. Very few people look like this naturally. Make-up, plastic surgery, and photo manipulation are necessary to create such bodies.

Photo manipulation is when a picture is artificially altered on a computer. Most of the time, the difference between the original and the edited copy is enormous.

People In Film And Television Are Rarely “Real”

Fashion-conscious girls, but also many boys, often feel too fat. Sometimes it’s because you only see extremely thin, made-up people in most media. Be aware that you should not believe everything you see or read in magazines, movies, and internet portals.

Today, most commercials, movies, and series are edited with programs on the computer. This is how models can be made thinner and prettier. So what you see on TV rarely corresponds to reality. By the way, editing photos and movies on the computer is called retouching.

Of course, you never see people without makeup on TV. It is quite natural that facial skin is not completely even. Some people have birthmarks or crooked noses. But those are the little things that make a face interesting. So don’t try to compare yourself with models or actors. Because this world does not correspond to reality.

Most mannequins have thinner hips and thighs than they did 20 years ago. The modern slimming craze has led to the fact that these models already look very unnatural with their proportions. By the way, the proportions of a body are the measurements and size ratios of the different body parts to each other. Even Barbie dolls with large breasts and extremely narrow waists have proportions that do not correspond to reality.

Also interesting:
Are You Actually Allowed To Camp Anywhere In Germany?

However, the Barbie doll is far from being the thinnest toy among children’s dolls. Many are even much longer and thinner. With their huge eyes and long hair, they present an image that you will hardly ever encounter in the form of a real woman.

Cosmetic Surgery Is Not Uncommon

Even in Europe, cosmetic surgery is no longer a big deal. Many people have surgery to look better. If someone wants to straighten their nose or have their ears pinned back, that’s their choice. However, some of the more serious operations are not without danger. That’s why it’s a better idea to stay the way you are naturally. By the way, scientists have found out that faces that are not quite perfect are perceived by most people as more beautiful than perfect faces. This is because small spots, dimples, and blemishes make us interesting. If we were born with flawless bodies, we would all look confusingly alike. At least, we don’t think that’s a nice thought.

2) Why shouldn’t you care if you don’t look like the people on TV? Write your thoughts about this here.

3) Draw a picture of yourself. How do you see yourself? Be honest and really paint yourself the way you feel. While painting, think about the following points:
What do you like most about yourself? Highlight it!
What kind of clothes looks good on you? What do you feel comfortable in?

Then talk about it with the person sitting next to you. Tell him what you think of his own drawing. Does it correspond to reality?

4) Name your greatest role model. What is he/she particularly good at? What do you admire him or her for? Do you think that he or she looks in reality like you know him/her from the media? Write down your thoughts here.