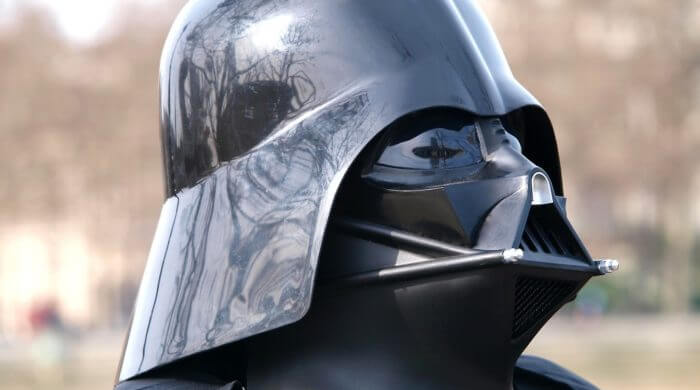 Almost all of you know “Darth Vader”, the dreaded servant of the Emperor from the movie series “Star Wars”. At the end of this year a new movie of this series will be released and the villain Darth Vader will surely be there again. Nevertheless, it is astonishing and surprising for many, why this figure is currently very often seen on any advertising posters.

Advertising Campaign Of The Federal Ministry Of Transport

These posters are an advertising campaign of the Federal Ministry of Transport and this action is quite unusual. Darth Vader is chosen to make it clear to people that they should wear a helmet when cycling. On the posters is printed “The saga continues: Thanks helmet,” it says. “Applies in every galaxy. And on the bike.” The posters can now already be seen and admired in six German cities, including Berlin, Cologne, and Munich. The Federal Minister of Transport, Alexander Dobrindt, wants to use this campaign to get even more people to wear helmets when they ride their bikes. Although the number of people wearing helmets has risen steadily in recent years, unfortunately too many accidents still happen on bicycles in which the rider was not wearing a helmet and suffered serious head injuries.

There Are Also Helmets To Win

The poster campaign is also accompanied by sweepstakes aimed primarily at children and young people. Those who participate can win one of at least a thousand helmets. To do so, simply take a photo of yourself or your friends in front of such a “Darth Vader poster”. Schools and daycare centers can also participate in this sweepstakes. You can read more information about this contest here:

I wish you a lot of fun and above all good luck. And don’t forget: ALWAYS WEAR A HELMET WHEN CYCLING…….

The Federal Ministry of Transport Ministry of Transport and Digital Infrastructure comprises nine departments with a total of around 1,300 employees, of whom just under 800 work in Bonn and around 500 in Berlin. Among other things, this ministry is responsible for the construction of highways and also for drafting the law on car tolls on German roads.