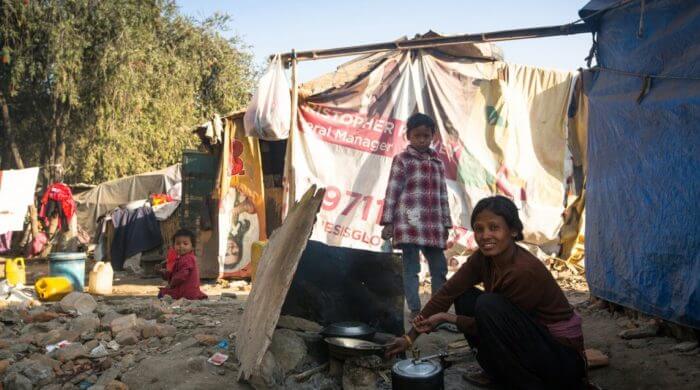 In the Asian state of Nepal, a severe Earthquake destroyed many cities and led to the death of many thousands of people. The earthquake with the magnitude of 8.4 on the Richter scale took place in the Himalayas one of the highest mountain ranges on earth. Since the Nepalese region is far away, it is difficult for Relief organizations from all over the world to get there. In the capital of Nepal, Kathmandu, houses, temples, roads, and electrical lines were destroyed. Nepal is a mountainous country and also one of the poorest countries in the world. Life there is already hard in normal times. After the terrible quake that moved the cities three meters to the south, there is a particular lack of paramedics, doctors, medicine, electricity, clean water, tents and blankets.

How The Earthquake Could Occur

A rock about eight times the size of the German capital, Berlin, was to blame for the earthquake in Nepal. This rock had the force of a 150-meter thick Meteorite. At a depth of eleven kilometers underground, a rock had broken off and shifted by 3 meters on Saturday, and it did so in just 30 seconds. This slide caused the earth to tremble even more than a thousand kilometers away. In a Radius of 300 kilometers, the quake was so strong that the earth shook to the South slithered and cities like Kathmandu and others now lie three meters further south. Under the Himalayas, a giant mountain range in Asia, two continental plates collide the Indo-Australian Plate and the Eurasian Plate. These two rubs against each other continuously. In 1505, the earth probably shook this strongly in the Nepalese region once before. Since then, there have only been smaller quakes. Now, last Saturday, the tension from within the earth has discharged again…costing the lives of nearly 4,000 people. More than 6,000 people are injured.

Also interesting:
Payment Must Now Be Made On German Freeways

Nepal And The Himalayas

Nepal lies exactly in the Crumple zone of the two plates. Due to the quake and the renewed squeezing of the two plates, the capital Kathmandu is now one meter higher than before. People are afraid of aftershocks that could cause even more damage and claim even more lives. Earthquakes always bring new tremors in their wake, researchers know. Usually, the earth does not rest for many weeks after a strong earthquake.

An earthquake occurs when the earth’s plates shift.

Relief organizations go to poor and devastated countries and help people with medicine, food, and blankets after a disaster.

Meteorites are pieces of rock from space that can cause great damage.

Radius is the radius around a place, something like how many kilometers in all directions an earthquake has spread.

South is one of the four cardinal points in the world (north, east, south, and west).

Geoscientists study occurrences on the earth, such as an earthquake.

The crumple zone is always created where two things collide with each other.