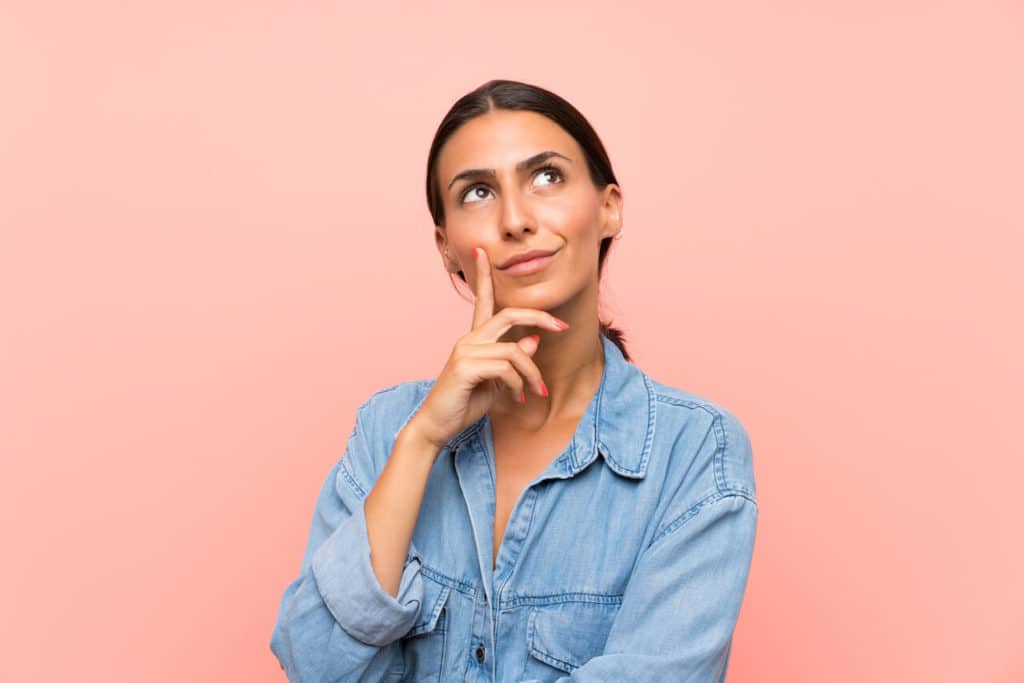 Diagnosis ovarian cyst – the shock is great! How does the cyst in the ovary develop, is it dangerous and what will happen to me now? Do not be afraid! An ovarian cyst is harmless. Just like any other cyst in the body, an ovarian cyst is first of all just a cavity filled with fluid. Ovarian cysts are benign growths, so they have nothing to do with serious diseases like cancer.

Find out everything about ovarian cysts here.

What Is An Ovarian Cyst?

An ovarian cyst almost always develops due to hormonal influences. Especially when hormones fluctuate, such as in adolescents, menopausal women, or irregular cycles in general, ovarian cysts tend to form.

Most girls and women do not even notice them, as they often remain relatively small and do not cause any symptoms. So often they are diagnosed purely by chance during the routine ultrasound check by the gynecologist.

Since they usually do not cause any problems and are otherwise harmless, they are not treated immediately. However, they can be painful, for example, due to an unfavorable position – in which case they are treated, of course.

Also interesting:
Proteinuria: How Harmful Is Too Much Protein In The Urine?

Hormone therapy is almost always used, which helps in most cases. If not, they can ultimately be surgically removed. However, this procedure is minimal and harmless.

However, most ovarian cysts regress all by themselves, making therapy completely unnecessary. Complications are extremely rare, so you don’t have to be afraid at all if your gynecologist discovers a cyst on your ovary.

What Are The Different Types Of Ovarian Cysts?

Retention cysts are a rare form of ovarian cysts. They are caused by impaired glandular function, most often this is simply a blockage of the gland outlet. The secretion produced by the gland cannot drain away and instead expels the surrounding tissue.

If this creates a kind of bubble, a fluid-filled cavity forms, which from this point on is called a cyst.

This form occurs very frequently and has its origin in the hormonal balance. A cyst in the ovary can be caused both by the natural hormonal changes during a menstrual cycle and by pathological disorders or the supply of hormones from outside.

This type of cyst occurs almost exclusively in sexually mature women, as they are exposed to constant changes in hormonal balance. In particular, ovarian cysts occur more frequently during puberty and menopause. Women with irregular cycles are also frequently affected.

This form of ovarian cysts can again be divided into subgroups. In the following we describe the most common types:

A follicular cyst develops from a Graaf follicle. A Graaf follicle (also called an ovarian follicle) describes the egg cell along with the surrounding cells in the ovary and the connective tissue skin that surrounds everything.

If a cyst develops from this follicle, it can grow up to a size of 10cm. This type of cyst can exist for a long time and can also affect hormonal balance. Sometimes follicular cysts spontaneously regress or they burst, which women may notice by a brief stabbing pain.

Usually, this type of cyst in the ovary regresses on its own during hormonal fluctuations.

Lutein cysts usually appear in the course of hormonal treatment and disappear after the treatment is over. This type of cyst is also common in multiple pregnancies, where hormonal imbalances are high.

In the metabolic disorder PCO, at least eight ovarian cysts are formed. Since the large number of ovarian cysts also disrupts their function, affected women usually have more problems with an unfulfilled desire to have children.

PCO is the most common hormonally induced disease in childbearing women. In most cases, those affected also suffer from thyroid problems.

Cyst Formation Due To Endometriosis

The disease endometriosis can also lead to the formation of ovarian cysts. These have a very particular appearance and contain dark blood waste products. The dark brown color sometimes gives them the name “chocolate cysts”.

How Is The Ovarian Cyst Diagnosed?

An ovarian cyst is usually diagnosed by an ultrasound examination. Most of the time, a cyst remains relatively small and does not cause any discomfort, so they are often an incidental finding. Nowadays, ultrasound machines are already so accurate that they can detect ovarian cysts even a few millimeters in size.

Diagnosis Of Ovarian Cyst – What Happens Next?

Since a cyst is usually a harmless growth and does not usually cause any symptoms, therapy is often not necessary. An ovarian cyst in particular will usually disappear on its own at some point.

However, if an ovarian cyst is in an unfavorable position and, for example, causes more severe pain, therapy can of course still be carried out. This is done according to a standardized step-by-step plan:

After the diagnosis “functional cyst in the ovary”, the first step is to wait. Usually, the next ultrasound check is performed immediately after the period to see whether the ovarian cyst has spontaneously regressed.

If a painful cyst in the ovary persists, hormone therapy can be started. This usually runs for three months. Gestagens (called luteal hormones or pregnancy hormones) are used, which are taken in the second half of each cycle.

If the ovarian cyst has still not disappeared after hormone therapy, it can be removed endoscopically by means of laparoscopy. This procedure is minimally invasive, which means it is as gentle and trauma-free as possible. So you don’t have to be afraid of it.

Also interesting:
Effective Home Remedies For Herpes: How To Get Rid Of The Annoying Blisters

Can An Ovarian Cyst Be Accompanied By Complications?

An ovarian cyst very rarely causes problems. If an ovarian cyst bursts, this can lead to heavier bleeding and also pain, depending on the size and sensitivity of the woman.

As a rule, this does not require any further treatment. Very rarely, blood vessels can also rupture during bursting, which may require surgical treatment. A dangerous complication, which occurs almost exclusively with very large ovarian cysts such as endometriosis cysts, is the so-called stem rotation.

Very large ovarian cysts may be connected to the ovary by a vascular pedicle, and if this pedicle suddenly turns, the vessel may be pinched off. This can jeopardize the supply to the ovary, which can develop into a life-threatening complication. In such a case, immediate emergency surgery is inevitable.

As you can see, ovarian cysts are a fairly harmless thing. Especially in women of childbearing age, they are usually completely harmless, often disappear on their own and almost never degenerate.

Complications or discomfort such as pain are also very rare. If the ovarian cyst causes problems, it can easily be treated with hormone therapy or removed endoscopically. Thus, you can completely relax after the diagnosis of an ovarian cyst.