Home > Child > Kids news > Discrimination Is A Form Of Violence 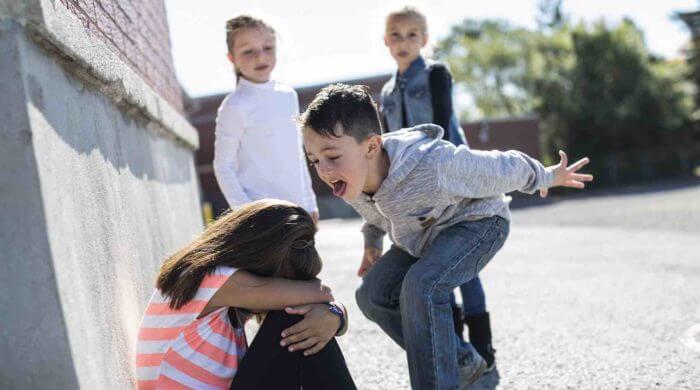 Most of the time it is even the case that the group that uses violence has an advantage. This is not fair and violates human rights. The Convention on the Rights of the Child also states that all children must be treated equally, no matter what they look like or where they come from.

As I said, it is always because someone wants to gain an advantage. It’s easy to get the better of others by treating them worse. In the past, for example, dark-skinned people had to work as slaves for light-skinned people. Actually, there is no reason to treat dark-skinned people differently. But because they needed cheap labor, they did it anyway. I’m sure you’ve already realized that this is a very unfair way of behaving.

Sometimes discrimination happens because people are afraid of something they don’t know. Not so long ago, for example, hardly any homosexual person dared to admit his or her sexual orientation. Because he or she had to expect to lead a worse life than others. And that was only because homosexuals were treated differently.

This Is How Discrimination Works

Now let’s go into a little more detail about the forms this discrimination takes.

Differentiation Based On Religion

Every child may decide for himself whether he believes in God. Even if the parents belong to a certain religion, he or she does not have to accept it. He or she must not be forced to believe in a particular religion. This applies equally to all adults.

If you think about this issue, you will surely come to the following conclusion: Unfortunately, people are always treated differently because of their religion. Whether in Germany, Austria or Switzerland, if you are not Catholic, you have a hard time. Especially followers of Islam rarely get permission to build their own place of worship (mosque).

When women and men are treated differently, it is called sexism. Most of the time, women and girls have disadvantages compared to men and boys. When it comes to salary or wages (i.e. the money you get for doing work), for example, there are still big differences between men and women. Actually, this should not be the case anymore, because it is forbidden by the Basic Law. Nevertheless, women usually get less money for the same work as men.

Age discrimination affects young and old people alike. Some people get to hear over and over again: “You’re much too young for that!”. Older people suffer from the fact that they are no longer trusted with much. They often don’t get a job anymore because of this. In truth, however, each of us is different. It is not fair to expect all old people to be unable to keep up with the youth. Likewise, it is unfair to consider all young people too inexperienced to pursue certain professions. This kind of discrimination is also forbidden and violates human rights. Nevertheless, it happens very often in reality that old or young people are excluded.

Some people believe that there are different races among people. They assume that humanity can be divided into different races of people based on their skin color and origin. However, they are demonstrably wrong. Because biologically there are no human races. All people have similar genes – regardless of whether they are light-skinned, red-skinned, yellow-skinned or dark-skinned. Nevertheless, in our latitudes some people have a hard time finding a job or an apartment because they come from a different country.

Not All People Are Healthy

People with disabilities or serious illnesses must not be put at an additional disadvantage. Nevertheless, many disabled children are teased at school. Some kids find it funny to make fun of the fact that disabled children can hardly defend themselves.

Actually, they already have it hard enough and should not be punished in this way for their disability. On the contrary, disabled kids need a lot of support and protection. On the other hand, they should have the opportunity to participate normally in our society. They should and are allowed to get an education, go to work and start families.

Disabled people have a hard time not only because of their fellow human beings. When they move around in a city, for example, they come up against obstacles again and again. This is because by no means all buildings are handicapped-accessible. Many do not have elevators or are only accessible via stairs. That’s not fair to wheelchair users!

People who are very ill are also discriminated against. This is because some illnesses affect our ability to act or change our appearance. Skin diseases are especially bad for children. Many are ashamed, although they can’t do anything about it. Please refrain from teasing such children. It is possible that you will also suffer from a serious illness at some point. You certainly don’t want to be teased and treated badly then.

Also interesting:
Danger Of Violence For Children In Computer Games

When Two Women Love Each Other

You have probably heard the terms “gay” and “lesbian” before. More respectful is the term “homosexual”. It means when two men or two women love each other. Until recently, such a thing was considered abnormal. It was assumed that being interested in people of the same sex in this way was due to a mental disorder. Of course, this is not correct. Besides, every person is allowed to decide for himself whom he loves. After all, it depends on the character and nature of the person. What sex the person is, should not be in the foreground.

There are also well-defined legal limits to this kind of discrimination. It is not allowed to treat people differently because of their sexual orientation. In reality, however, many homosexual people are harassed and discriminated against in Europe as well. They have to listen to a lot of swear words and are not allowed to marry in most countries.

It Can Always Be Worse: Multiple Discrimination

It is not uncommon for people to be excluded for several different reasons. Female refugees, for example, do not have it easy. They are treated worse than others because of their gender and origin.

Discrimination Is Not Allowed

In most countries, there are laws that prohibit discrimination. This is because the state must insist that all people are treated equally. The United Nations Convention on Human Rights also states that all people should have equal opportunities in life. Because this is also stated in the children’s rights, this naturally also applies to all children.

That is why in many countries it is a criminal offense to treat people badly because of their gender, skin color, origin, age or other factors. Be aware that bullying and teasing are therefore also forbidden!

Also interesting:
Dangers To Children From Violence In The Media

What You Can Do About It

Although discrimination is widely prohibited, cases of exclusion or even exploitation occur again and again. For those affected, it is important not to accept such things without a word. It is possible to defend oneself against discrimination. If you are discriminated against or if you notice that someone else is a victim of discrimination, it is essential that you do something about it.

Because discrimination is usually accompanied by bullying, the measures to be taken are quite similar. You can find tips on how to get help against bullying in our section “about bullying”.

Basically, however, you should remember the following:

1) Explain the meaning of the word “discrimination”!
2) What types of discrimination are there? Write down what you remembered from the text.

3) What can you do about discrimination? Share about this with the person sitting next to you. Then write down together what you discussed.

4) What do you think: Are women and men treated equally in your country? Discuss this with your teacher in a circle. Think about the following points:

1 thought on “Discrimination Is A Form Of Violence”