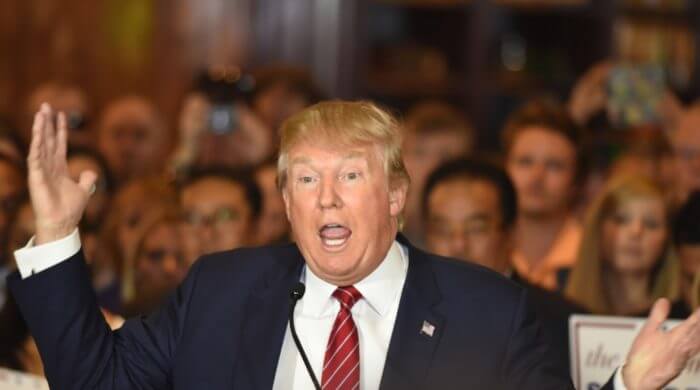 The End Of Donald Trump’s Short Political Career?
Observers see Trump as being on the decline in recent weeks anyway. So far, the multi-billionaire has done quite well and led the Republican field of candidates despite numerous negative statements about women and foreigners, but he showed in the TV debates that he has little to offer except sayings and little knowledge of politics. Now, then, the silence on an interviewer’s provocative false statement. Trump later stated on the record that he did not have to correct everyone who verbally attacked the president.

Approval For Obama Also From Republicans
Many politicians attacked Donald Trump for his silence. Jeb Bush, also a Republican presidential candidate and brother of former President George W. Bush, praised Obama as a talented man, saying “and by the way, he’s an American, a Christian.” The debate over Obama is as old as his presidency. Barack Hussein Obama is the son of an American and a Kenyan. Obama was born in Hawaii, which is part of the United States. And he was baptized as a Christian. So he is neither a Muslim nor a foreigner – otherwise, he should not be president. And yet, for a long time, many people, including Donald Trump, tried to imply that he was. Obama already showed these people his birth certificate a few years ago, on which everything is documented. For Donald Trump, the road probably does not lead to the White House. The next president of the USA will probably be a woman, namely Hillary Clinton from the Democrats.

In the U.S., there are two major parties, and several minor ones. The major parties are the Republicans and the Democrats. Before each election for U.S. president, there are many republican and Democratic candidates, only one of whom then runs for election at a time.

A Muslim is a person whose religion is Islam. Islam is one of the world’s great religions, along with Christianity, Buddhism, and Hinduism.