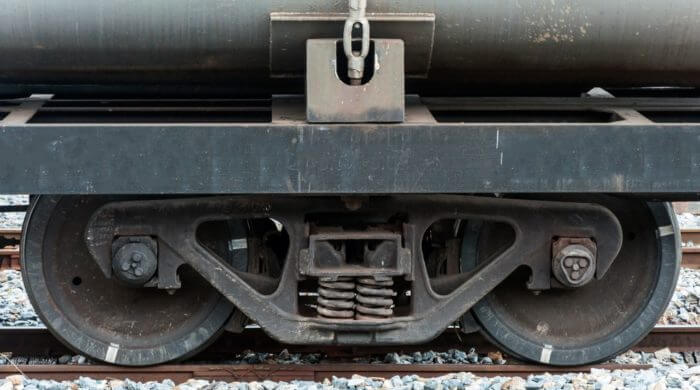 For weeks, the Silesian town of Walbrzych in Poland has been like a pilgrimage site for treasure hunters. Because allegedly 2 men have discovered here in an underground shaft an armored train of the National Socialist which is believed to contain a huge gold treasure. The train is said to have been discovered by a Ground radar, which shows a large metallic object. Whether it is really a train full of gold is unclear and many people doubt that there is anything to discover under the ground in Poland.

The Armored Train Full Of Gold

During World War II the Germans stole many things and much of it never reappeared. These were mostly valuables from Jewish businesses and gold. The gold of the Jews is a fascinating topic until today: Did the Americans or the Russians take it after they defeated the German Reich? Or did the Nazis put the gold in a huge armored train and hide it in a mine underground? In addition, the so-called Amber Room – an invaluable room made of gold and amber, which originally stood in Berlin and was given to Russia by the Prussians in 1716 – is still missing. It has been lost since the end of the 2nd World War.

Also interesting:
Heartbreak Is Not Worth It

Doubts About The Radar Images

The two people who discovered the train went public with their radar images a few days ago. But already after the pictures were to be seen, experts announced substantial doubts. The pictures apparently do not show a large object at all but were put together from 2 pictures. Whether one really sees a train on it remains unclear. And whether under the earth in Poland really a train or something else is likewise. The only thing that is clear is that if a train from the 2nd World War is really discovered there, in which treasures are also stored, then this is probably the greatest sensation of our time.

The National Socialists were in power in Germany with their political party NSDAP between 1933 and 1945. Under the leadership of their Reich Chancellor Adolf Hitler, the Germans started the war in 1939, first against Poland, then against France, Netherlands, England, and numerous other countries.

A Ground radar emits rays that are reflected by objects. This creates an image with outlines of objects.

World War II war took place between 1939 and 1945. The Germans fought with their allies Italy and Japan against the rest of the world. Only after 6 years, the opponents of the Germans could win the war, mainly due to the help of the Americans and the Russians. In the end, many cities around the world were completely destroyed and 55 million people had died.