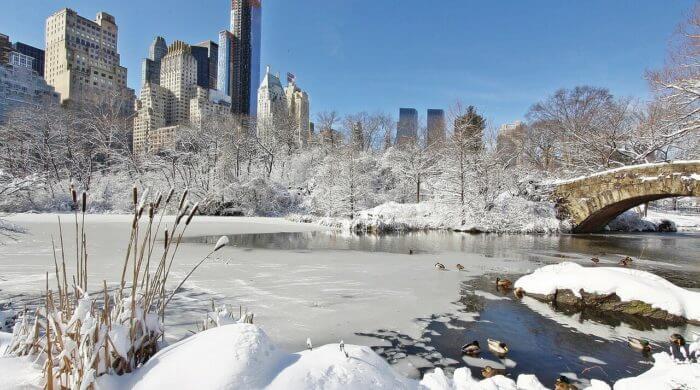 The East Coast of the USA is suffering from a very heavy snowstorm. It is said to be the worst ever in the country.

The Blizzard has paralyzed almost the entire east coast of the USA. Hundreds of thousands of people were without power for hours. In particular, the big cities like New York, Washington, Baltimore, and Philadelphia have nothing at all and the traffic has completely collapsed. In these cities, all schools were also closed on Friday as a precaution, as well as all government offices. People were urged to stay best at home.

New York Gets Half A Meter Of Snow

New York alone got more than half a meter of snow in one fell swoop. In the city, many snowplows tried to clear the streets of snow and the city imposed a driving ban for motorists. This was also taken very seriously and those caught by the police on the road were even arrested.

In New York, the famous borough of Manhattan is completely cut off from the outside world. Almost all stores remained closed because there are no goods on the shelves. The people who live there have bought everything empty before the blizzard. The airports in the big cities are also in chaos and thousands of flights have already been canceled. Unfortunately, also already because of this bad weather, almost 20 people have died mainly in accidents.

Blizzard is called a strong snowstorm, which occurs mainly in North America. A blizzard occurs as a result of a strong cold air intrusion from the direction of the polar regions. In the process, the polar cold air penetrates far to the south in low-pressure areas, since there are no mountains running in an east-west direction on the North American continent.

Manhattan is an island at the mouth of the Hudson River and one of the five boroughs of the city of New York. Manhattan is best known for its many skyscrapers (very tall buildings).

Also interesting:
Children Need To Watch Out For Poisonous Plants In The Garden