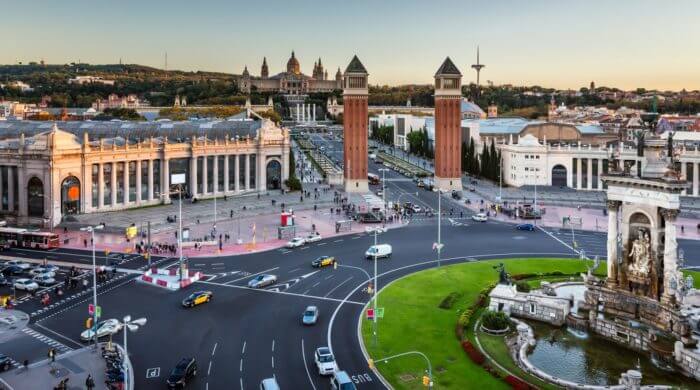 A new regional parliament was elected in Catalonia yesterday. The parties in favor of Catalonia’s secession from Spain won a majority. In the run-up to the election, regional president Artur Mas had described the parliamentary election as a vote on an Independence referendum. His independence alliance “Junts pel Si” won 62 of the 135 seats in parliament in the election. The left-wing CUP party, which also advocates independence, won 10 seats.

Catalonia: Almost A State Of Its Own

Catalonia is a region in the northeast of Spain. The capital of Catalonia is Barcelona. Catalonia even has its own language besides Spanish: Catalan. In Catalonia, all place name signs have the Spanish and the Catalan place name written on them. The people there speak both languages, Spanish and Catalan. For a long time, there have been people in Catalonia who want to break away from Spain and demand their own state. But Spain’s government in Madrid wants nothing to do with these ideas of independence. The other Spaniards think that Catalonia already has enough rights of its own and that real independence would violate Spanish laws.

After The Election: Separatists Call For Disobedience

The winners of the election took the vote as a clear signal for an independent Catalonia and announced that they would continue to push for independence from Spain in the coming months. Turnout was unusually high at 78 percent, prompting the radical left-wing CUP to call on Catalonia’s citizens to disregard the laws from Madrid. Spain faces uncomfortable times ahead because if the Spanish government is defied, special rights for Catalonia will probably be cut. True independence for Catalonia is not likely to happen in the near future.

Independence means that you can do what you want and don’t have to listen to others about it. In the case of regions like Catalonia, it means that this region wants to secede from Spain and make its own laws without having to be told what you can and cannot do from the Spanish capital, Madrid.