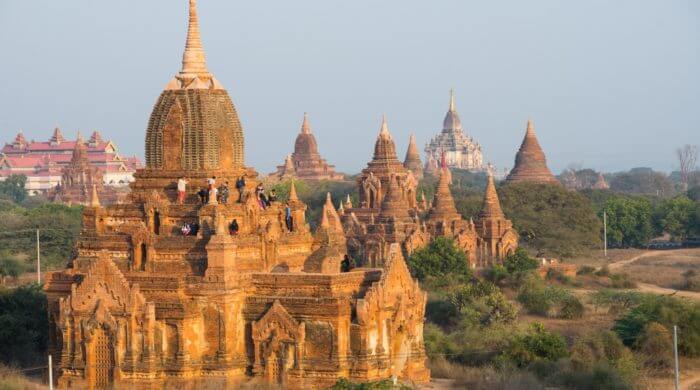 Myanmar is a country that many of you may have never heard of. Myanmar, formerly known as Burma or Burma, is a Southeast Asian country bordered by Thailand, Laos, China, India, Bangladesh, and the Bay of Bengal. Myanmar was under military rule until 2011. The majority of Myanmar’s population is of Buddhist Faith, but also Christians, Muslims, and members of other religions. And there, elections were held on Sunday.

For many years Myanmar was a Dictatorship. That is, the people there were very limited in their freedom and had no democratic rights, such as the right to express their personal opinions. Now Myanmar is in the process of becoming a democracy. Last Sunday, there were the first elections in 25 years. This means that the people were allowed to have a say in how and by whom their country will be governed in the future. The favorite in the elections was the party of political activist Aung San Suu Kyi, who has been fighting for the democratization of her country and for human rights for years and was already in prison for this at the time when people were not allowed to express their opinions freely in Myanmar.

The NLD Wins The Election

Aung San Suu Kyi’s party, the National League for Democracy (NLD), has won an absolute majority of seats in parliament in the election and will thus be allowed to determine the next president. The result is not surprising and is probably a success to be attributed to Aung San Suu Kyi, as people revere her and are impressed by her courage, her non-violent commitment to freedom and human rights, and her belief in democracy.

Buddhism is one of the great world religions. Besides Christianity, the faith to which most Germans belong, and Buddhism, it includes Islam and Hinduism.