Home > Child > Kids news > Mars, Venus And The Leonids: Events In The Night Sky In November 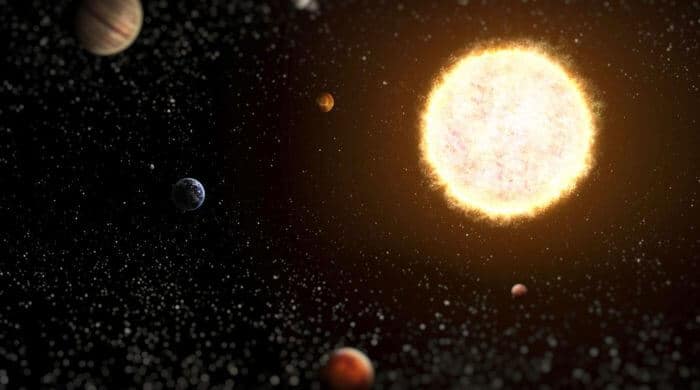 In November there is a lot to see in the night sky and in the morning sky. At the beginning of November, a cosmic pair of twins awaits us in the sky Mars and Venus come as a pair left above the crescent moon and you can see the two planets with the naked eye. And from the middle of November, as every year again, the Leonids come.

Mars And Venus In The Morning

The Sun is currently moving lower and lower across the daytime sky, so its noon altitude is much lower than in summer. The length of the day decreases by one hour and twenty minutes. In the evening sky, only Uranus and Neptune can be seen now – but only with a telescope. These two planets are the ones that are farthest from the Sun. Therefore they are not very bright in the sky. Now, at the beginning of November, Mars and Venus appear in the early morning hours. They dominate the night sky, or rather, the early morning sky. On November 7 between 5 and 6 am the spectacle is at its best. The two planets form a pair left above the crescent moon. Venus shines bluish-cool and Mars emits red light. A spectacle you can watch with the naked eye if you get up early.

Also interesting:
Why Is May 1 A Holiday?

Every Year Again: The Leonids

Mars and Venus are two of the 8 planets that orbit our star, the Sun. These 8 planets are Mercury, Earth, Mars, Venus, Jupiter, Saturn, Uranus, and Neptune. Mercury is closest to the Sun, Uranus and Neptune are farthest away.

A Meteor swarm is a collection of small pieces of rock which move their orbit around a star. Examples of such meteor swarms are the Perseids in summer and the Leonids in winter.

When a meteorite enters the Earth’s atmosphere, it gets hotter and hotter and eventually burns up. And this glow is seen in the sky and we call it a Shooting star.