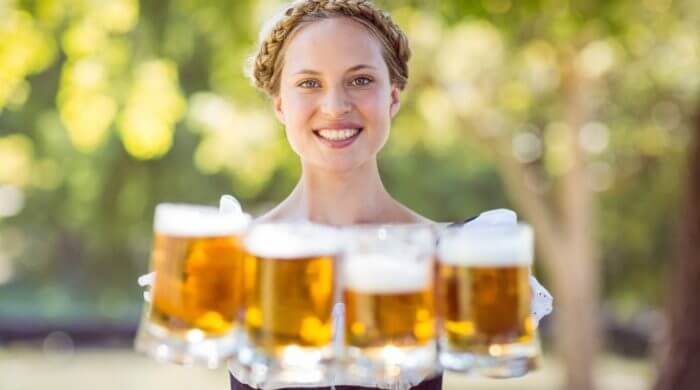 Oktoberfest 2015 came to an end on Sunday evening. Time to take stock and then it becomes clear that this year’s Oktoberfest had fewer visitors than last year and they also drank less beer.

The Oktoberfest In Munich

The Oktoberfest on the Theresienwiese in Munich (therefore also called “The Wiesn” for short) has been around since 1810. The Oktoberfest is the largest folk festival in the world. Every year, around 6 million people from all over the world come to Munich to celebrate with the whole family or with friends at the Oktoberfest. It is also brewed by the breweries near Munich especially for the Oktoberfest a special beer – the Oktoberfest beer. In addition to the beer and the great food, there are also a lot of attractions at the Oktoberfest, such as Ferris wheels and roller coasters.

The Balance Of The Oktoberfest 2015

This year it looked a little worse than in previous years: About 5.9 million people came to this year’s Oktoberfest. That is around 400,000 fewer guests than in 2014. Less beer was also drunk than last year: around 7.3 million Measure Beers were drunk in 2015, about 5 percent less than the previous year. Still, 114 oxen and 50 calves were eaten, about the same number as last year. The reason for the drop in visitors could be the Refugee waves in the recent past. Many visitors were probably afraid of completely overcrowded train stations and pickpockets. Also, the railroad line from Munich to Salzburg was closed and therefore many Austrians probably stayed at home. In addition, there is also the weather, because it rained often at the Oktoberfest 2015 and therefore some families probably did not want to go to the West.

A Measure Bier is a large mug that holds exactly 1 liter of beer. In Munich, and especially at the Oktoberfest, people drink a lot of beer and almost always from a Maß.

In the past few months, more and more Waves of refugees arrived in Germany. So large numbers of refugees (people who had to leave their homeland because of war or because they were afraid for their lives there) came here to Germany to be safe.