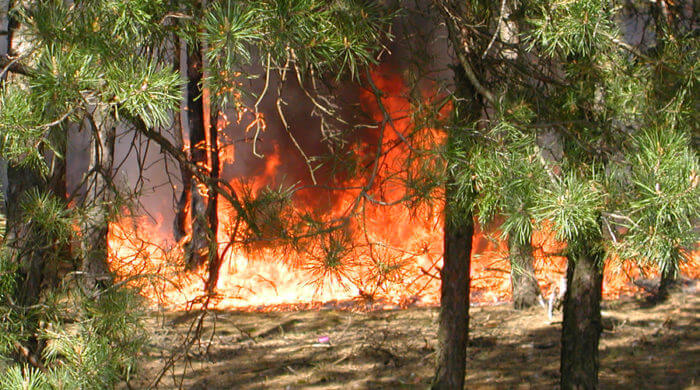 There is simply no peace in Greece. First, the debt crisis keeps the country in suspense and now there are forest fires. Because of these fires, even Athens was in danger.

On Friday, there were about 50 forest fires, which have been counted by the fire department. Especially the peninsula Peleponnes and some parts of the outskirts of Athens were affected. From the center of the city, you could see the smoke rising from the fires in the wooded outskirts of the city. The problem is the current high heat in Greece. The ground is very dry and the strong wind then spreads the fires everywhere within a short time.

Fire Department Is In Continuous Operation

The fire department is in continuous operation and there has been a lot for them to do. However, because forest fires generate a lot of heat, firefighters often can’t get close enough to the fire. That’s why aerial support is needed. Helicopters and special firefighting aircraft then try to extinguish the fire from above. Together with the firefighters on the ground and many volunteers, it was possible to bring the fires under control. Although some houses and also cars were destroyed by the fire, no people were harmed. However, even though the fires are now under control, the firefighters are still on high alert. It is quite possible that the forest fires will start again.

Also interesting:
Can I Buy A Pet?

Athens is the capital city of Greece. It is the largest city in the country and more people live there than in other cities. Athens is a very old city and already more than 5000 years ago the first people settled there.

Peloponnese is a peninsula in the south of Greece. The biggest city there is Patrons with about 215.000 inhabitants. In the south of this peninsula is the ancient city of Sparta and in the west is Olympia, the venue of the Olympic Games of antiquity.