Home > Child > Kids news > Germany Is In The Quarter-Finals: Now It’s Up Against France 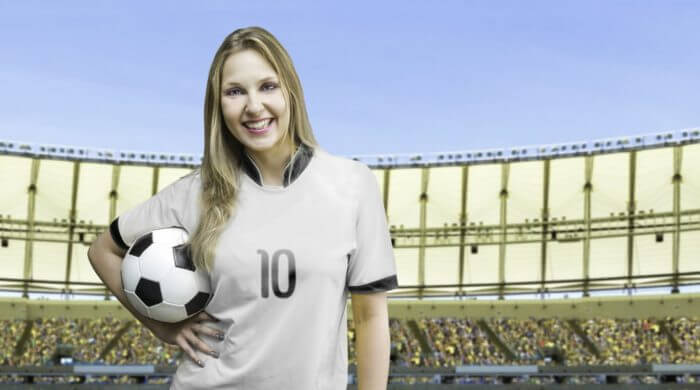 The Round Of 16 Against Sweden Ends With 4-1

The Swedes were considered a tough nut to crack before the game. They had shown in the preliminary round that they were a force to be reckoned with. Especially in the 0-0 against the favorites from the USA, Sweden appeared as a strong team. But the Germans have a strong team not only in the men’s team, which became world champions last year in Brazil. The women’s team of national coach Silvia Neid is also united and hungry for success. They proved this in the preliminary round and now in the round of 16 against Sweden. Anja Mittag opened the scoring after just 24 minutes, scoring the all-important 1-0, and goal-scorer Sasic made everything clear with her two goals in the 36th minute and in the 78th minute. Although the Swedes shot in the 82nd minute still the 3-1 Honorary goal, However, the 4-1 followed post ended by Marozsan in the 88th minute, and Germany’s entry into the quarterfinals was safe.

Friday Against France Without Bartusiak

So on Friday, it’s now against France. The French women showed themselves strong and ball-secure against South Korea. Sadly, the Germans will be without defender Saskia Bartusiak against France yellow suspended will be missing. But even without her, Germany must beat France to make the dream of a 3rd World Cup title in Canada come true. The semifinals will then be faced with the likes of host nation Canada and Brazil.

In the Quarterfinals, there are still 4 games, in each of which 2 teams compete against each other.

A World Championship is a tournament where the best teams in the world compete for the title, first in groups, and then later in individual matches.

When a team is way behind but still scores a goal, it’s called a Consolation goal.

When a player gets the third yellow card in a tournament, he is suspended for one game and that is called a yellow suspended.