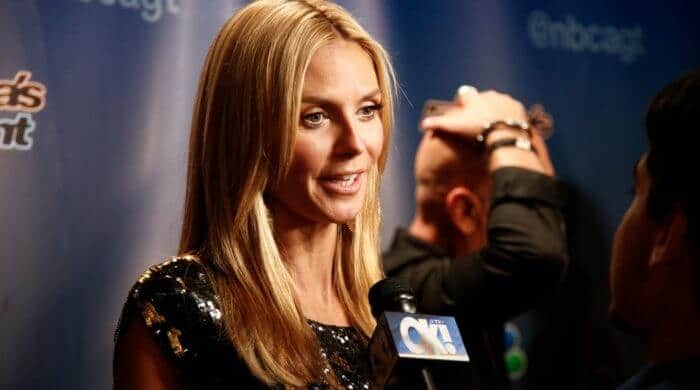 Most guys and men don’t like the show, while girls and women, on the other hand, would prefer not to miss a single show. We’re talking here about “Germany’s Next Topmodel,” a show hosted by Heidi Klum is hosted. Scientists have now found out that this show can even be dangerous for many girls.

Why Can “Germany’s Next Topmodel” Be Dangerous?

In the show, young girls are always applying to become Germany’s Next Top Model to become Germany’s next. The girls who appear there in the show are all super slim. Therefore, girls who regularly watch this show on TV often feel too fat and would like to be just like these models. That is why scientists have now made a survey. They have asked over 200 girls who suffer from an Eating disorder to suffer. One-third of these girls said that they regularly watch “Germany’s next Topmodel” and have been influenced by this show. They also wanted to be so slim and started starving themselves or eating very little. They kept looking at themselves in the mirror and in no way wanted to gain any more weight. Over time, they got really sick of it.

The show “Germany’s next Topmodel” is broadcast by the ProSieben television station. But the bosses there have now said that this study is nonsense because you can’t get sick just from watching it. They also emphasized that the program always talks about healthy eating and that today it is a much bigger problem in Germany Overweight is a much bigger problem. This may be true, but still, it is proven that young girls feel ugly and fat very quickly and they have no chances later in life if they are not super slim. But this is really bullshit and not true. And let me tell you, the vast majority of guys don’t think super slim girls are that great at all….!!!!

Heidi Klum was born in Bergisch-Gladbach in 1973 and now lives in the USA. She has made a career as a model and is now a presenter of TV shows such as “Germany’s next Topmodel”.

A Topmodel is a person, male or female, who presents the latest fashion on a catwalk or stage. A top model works for the most important and best fashion companies around the world.

The Eating disorder is the term used to describe a behavioral disorder that usually causes serious and long-term health problems. Among the best known are anorexia and binge eating disorder.

Overweight is when someone weighs too much in relation to their height. For example, if someone is 170 cm tall and weighs 100 kg, then he is overweight. There are mathematical formulas for calculating this exactly.