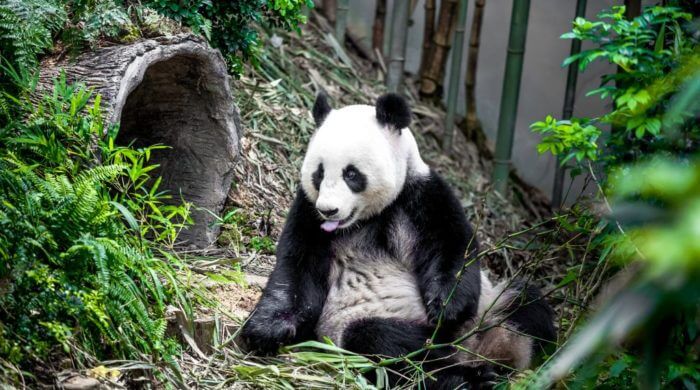 A zoo in Malaysia is home to Liang-Liang. She is a giant panda lady and has now given birth to a healthy baby panda there at the zoo.

Meanwhile the Giant Pandas have become very rare in this world. They belong to the genus of mammals, are black and white, and actually very dear animals. Unfortunately, there are only about 2000 of these giant pandas left in the world in the wild. This makes them one of the most endangered animals on earth.

Home Of Liang-Liang Is China

Actually, the giant panda Liang-Liang is at home in China. From there, however, she was lent to the zoo in Malaysia and is now allowed to stay there for ten years. In the zoo, the joy is now particularly large that Liang Liang became a mummy. The joy is so great because these animals only very rarely have offspring when they live in a zoo and not in the wild Wildlife. In Malaysia, people were so happy that the head of the government himself did not miss the opportunity to spread the news all over the world. Whether the baby is a boy or a girl, however, could not yet be determined. The approximately 10 cm tall baby is namely protected around the clock by her mom and no one can get to her.

Malaysia is a state in Southeast Asia and consists of two parts of the country separated by the South China Sea, the Malay Peninsula in the west, and parts of the island of Borneo in the east. Most of the approximately 28.3 million inhabitants live in the western part.

Giant Pandas giant pandas, or giant pandas, are a species of mammal in the bear family. Giant pandas reach a head trunk length of 120 to 150 centimeters, and the tail, as in all bears, is only a stub about 12 centimeters long. The weight of adult animals ranges from 75 to 160 kilograms.

Under the term Wildlife is understood as a part of nature where animals can live freely and are not caged.