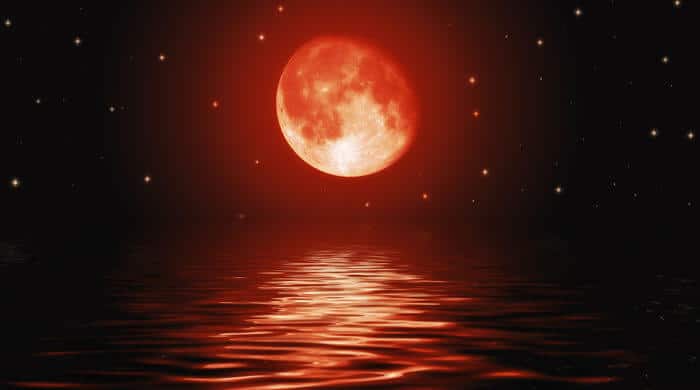 On Monday in the early morning hours in large parts of Germany, you could see a great “Blood Moon” in the sky. There was namely a total lunar eclipse and the moon could be seen as very large and very close.

In the night from Sunday to Monday, this event was to be seen about 4.30 o’clock. Maybe your kids were up around that time to watch it. If you were still in bed, you definitely missed something. In Germany, people were looking forward to it, because the sky was almost cloudless and you could observe it very well. During the lunar eclipse, long-wavelength light, for example, the red light, fell into the shadow and thus provided the additional effect of the blood moon.

What Is Actually A Total Lunar Eclipse?

A total lunar eclipse occurs whenever the Earth, the Moon, and the Sun are in exact alignment. So the earth can block the light of the sun and the moon is in the shadow of the earth. Nevertheless, you can still see it with the naked eye, and this time it is dipped in this red color. Who of you has missed this spectacle in the sky this time, must be patient now three years. Only then there will be the next lunar eclipse. But whether there will be a blood moon again, cannot be predicted yet.

One speaks of a Blood moon one speaks, if the moon is covered by a red veil and it shines then rather reddish.