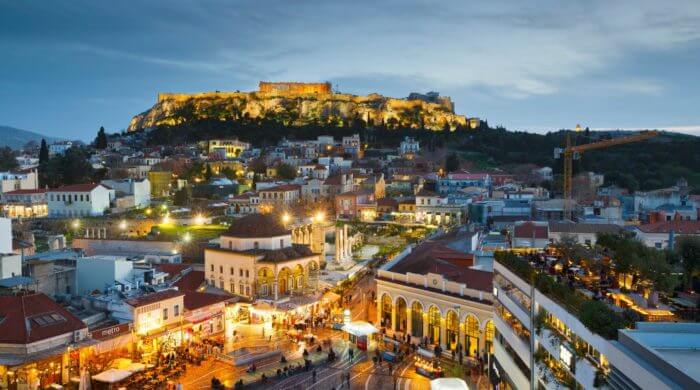 Greece is not getting any more money as aid before an imminent state bankruptcy. Neither from the Euro states nor from the IMF. And actually, Greece would have to pay back money tomorrow at the latest. In short: Greece is broke. It has been for a long time, but the new Greek government has tried for a long time to pretend that this is not the case. The result is that the banks will remain closed until July 6, the Greek stock exchange even until July 7.

When A State Goes Bankrupt Tsipras Lets The People Vote

The lenders, who have lent Greece money for years in order to prevent the threat of bankruptcy, are demanding drastic austerity measures from Greece. However, the new Greek government under Prime Minister Tsipras has so far not agreed with the demands of the lenders and demanded that all debts and all loans provided so far not have to be repaid. However, the euro states, which had lent many billions of euros to Greece, rejected this. Now Greece wants to let the people in the country vote on whether or not to meet the demands.

The government of Greece announced that this week all banks will remain closed and they will be reviewed, as they say. In response, there were long lines at ATMs yesterday, because people are afraid that their bank is also broke and their saved money could be gone. Everyone is saving as much as they can and take it home rather than leaving it in the bank. You’ve seen this kind of thing before: In Iceland in 2008, just before the state went bankrupt. And so the Greek government will probably have to admit this week that Greece has no more money. The worst thing would be if the country were to leave the EU it could become one of the poorest countries in Europe.

The Euro states are the countries where you can pay with the euro, for example, Germany and France. Greece also has the euro as a means of payment.

The International Monetary Fund (short IMF) is a worldwide institution that lends money, among other things.

The EU (European Union) is a community of states in Europe. In the EU, for example, there are no more border controls and everyone can live and work where they want.