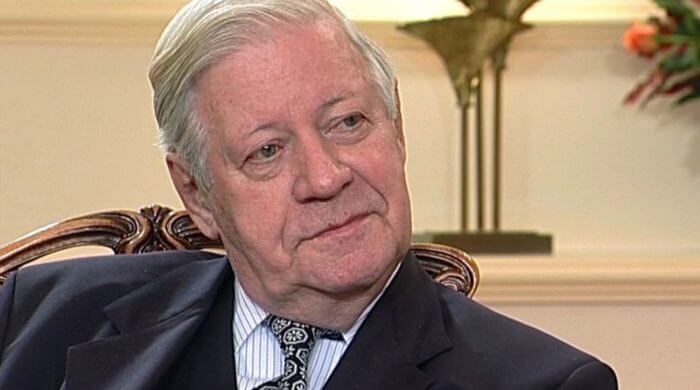 Helmut Schmidt died on Tuesday. He was German Chancellor from 1974 to 1982. He was 96 years old and died in his hometown of Hamburg after a short illness.

Many People Remember Him

Helmut Schmidt was a very popular politician and a very popular person. During his time as Chancellor, he always worked to ensure that there was peace in the world. But even after his time as a politician, he was a person whose advice many others listened to. He was on television a lot and in many interviews, even into his old age.

The Man With The Cigarette

To many people, Helmut Schmidt was also known as the man with the cigarette. He was a very heavy smoker, indeed almost a Chainsmoker. Normally, smoking is prohibited in television studios, but Helmut Schmidt was the only one allowed to smoke during interviews or talk shows.

A Man Of The SPD

Helmut Schmidt belonged to the SPD. At the beginning of his political career as a senator in Hamburg. People there still love him today because he was quick to help in 1962 when a major Storm surge threatened the city. By his quick help at that time, he saved the lives of many people. After that, he was the Minister of Defense in the German government, then Minister of Finance, and Chancellor from 1974 to 1982.

A Chainsmoker is a person who smokes more than a few cigarettes a day. A chain smoker puts out one cigarette and immediately lights the next. And this for the whole day.

A Storm surge is a rising of the water at the sea coast and in the estuaries in the coastal area caused by strong winds. Storm surges occur more frequently in spring and fall. In Germany, cities on the North Sea, such as Hamburg and Bremen, are particularly at risk from storm surges.