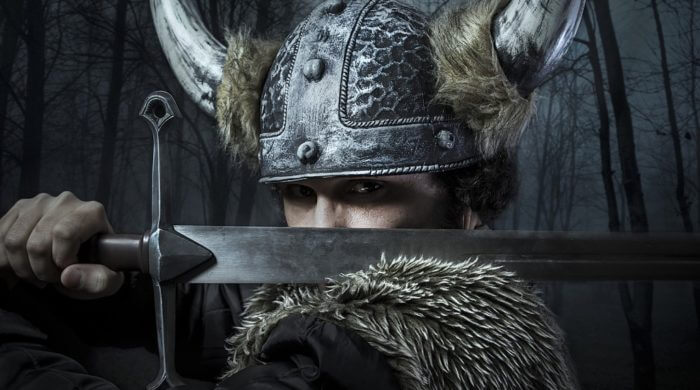 In a mountainous region of the Scandinavian Country of Norway, a man on a hike accidentally found a sword that is Viking sword found a sword that is estimated to be 1200 years old. The sword, 80 cm long and very well preserved, is made of iron and dates back to the eighth century. Since Norway is very northern, it is very cold and icy their half of the year, so the sword could be well preserved over all these years.

A Find In The Eternal Ice

Due to the weather conditions, the scientists in charge cannot go to the site to search for more ancient objects. Therefore, they have to wait until next spring until the snow and ice have thawed to some extent. The scientists speculate that there is a Viking tomb at the site or that someone may have hidden the sword at the site several years ago and possibly left other objects there.

Vikings Were Warriors – But Not All Had Swords

Archaeologists from the University of Tübingen have discovered that the historical find is a so-called “Sax”. A sax is a single-edged cutting sword, which at that time was very high quality and not affordable for everyone. The man to whom the sword once belonged must therefore have been a very wealthy man. All in all, swords had a high value at that time and were reserved only for the rich, who wanted to show their power to the outside world with the possession. Most Vikings, therefore, fought with simple knives or axes. The spectacular find is now to be exhibited in the Norwegian city of Bergen in the museum so that all people can look at it and enjoy it.

Scandinavia is called the northern part of Europe. This includes the countries of Sweden, Denmark, Norway, and parts of Finland.

Viking are warriors who came mainly from Scandinavia and went to sea on ships. They lived between 800 and 1000 AD, more than 1000 years ago.

Also interesting:
US President Obama Visits The Homeland Of His Father