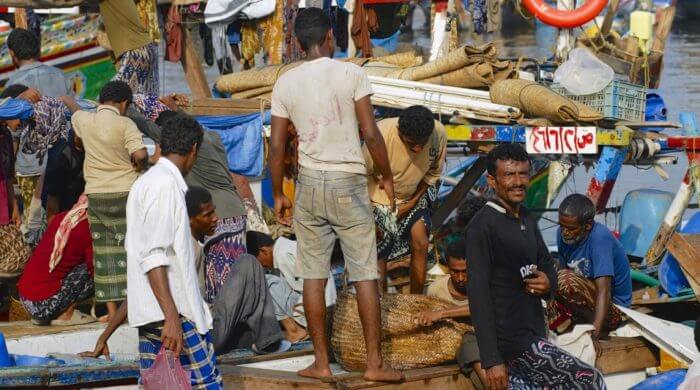 The country of Yemen is located on the Arabian Peninsula. War has been going on there for a long time. Different groups fight each other again and again, and the people in Yemen, unfortunately, suffer a lot from the fact that they can never feel safe. When journalists take photos, they mainly show fleeing people and broken houses. Now they have Aid agencies begun to use planes to drop food and other essentials over Yemen to help the people.

One of the groups of people who are at war in Yemen is the Huthis. They don’t like the politicians running the country and feel they don’t have enough rights. They would like to rule the country themselves. In principle, they have been able to do that, because, without foreign help, the current president would not be in office. He even had to flee his own country. The Huthis have named themselves after their leader, who chairs the Ansar Allah party. He has been calling for people to fight the government in Yemen since 2004.

Interference From Other Countries

Other countries are also interfering in the Huthis’ conflict. Iran, another Arab country, is said to be supplying the Huthis with weapons. For several weeks now, it has also been Saudi Arabia in this war by sending planes to drop bombs. Many schools have been closed and the children in Yemen can no longer live a normal life. There are many villages and towns that no longer have water or electricity.

In Yemen, people do not have much money, so the country is one of the poorest on earth. All food and other things have to be bought from the other countries because there is not enough food grown in Yemen for all the people to be full. Since there is war, there is not enough food coming into Yemen, and there is also a lack of medicine. For a few days now, airplanes have been flying over Yemen and dropping aid supplies. Medicines, bandages and other equipment that the people need. In old times, Yemen was very rich and traded with countries like India, China, and the Mediterranean countries. Things like spices and fabrics were brought from Yemen to other countries. But that was a long time ago. Without war, Yemen is a very beautiful country. The capital of Yemen is Sanaa, where there are many old houses. People in Yemen hope that they will get help from abroad soon and the war will end.

Aid organizations are associations that bring food and medicine to war zones so that people don’t go hungry.

The Huthis are a group that is very active in Yemen’s war. They want to rule the country.

Iran and Saudi Arabia also state that have allied themselves with the Huthis. They also want the Huthis to come to power in Yemen.