Home » Desire to have children » How Reliable Is An Early Pregnancy Test Really? 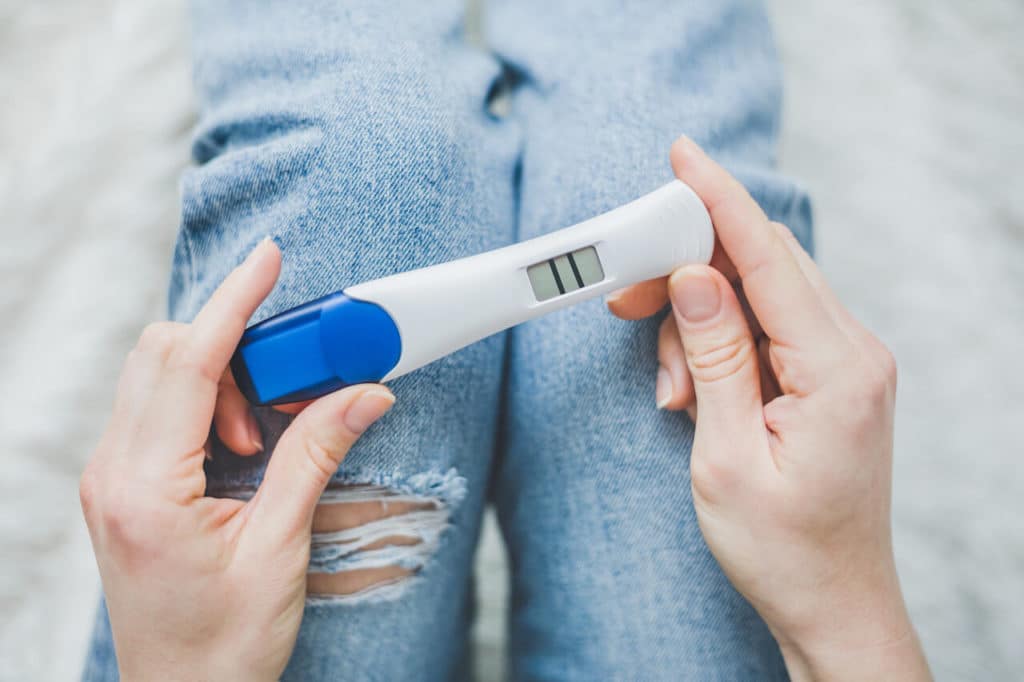 You’ve wanted a child for a long time and want to know if it worked out? Or you are irritated because your period is exceptionally not on time? Perhaps you have undergone artificial insemination and are curious?

The early pregnancy test works in principle as the classic pregnancy test: You have a test strip, you put some urine on the strip at a certain spot, and you wait. After some time, a part of the strip changes color – congratulations, you are pregnant.

As the pregnancy progresses, the concentration of HCG increases. The early pregnancy test already reacts to small amounts of the hormone, it is more sensitive than a classic pregnancy test. The HCG table shows how much HCG is present in the urine and when.

Often the tests indicate that you are pregnant at a low concentration of 10 mIU/ml HCG in the urine. The abbreviation mIU stands for milli International Units and is measured per milliliter of urine. Other early pregnancy tests only react at concentrations of 20 mIU/ml.

The classic pregnancy test, on the other hand, only reacts from 25 mIU/ml. How reliable is the early pregnancy test? And from when can you do this test?

How reliable is a pregnancy test, especially an early pregnancy test? The more sensitive the test is, the more reliable you can rely on the result. At least that is the theory. Of course, you should also make sure that the classic test strip is present.

Also interesting:
A New Sibling Is On The Way

Sometimes the tests based on chemical indicators are faulty. That is why most pregnancy tests have two test fields. In the one field, a small strip (sometimes a bar) should always and in any case change color.

This indicates that the test is working and that your urine has actually been absorbed into the strip as far as the test field. Only in the second test field does the test react to HCG. If a strip appears here, HCG is present in your urine.

If no strip appears, the HCG value is too low to be detected, or you are not pregnant and there is no HCG in your urine. In which week of pregnancy the HCG value is how high, shows you the HCG table. However, this HCG table is based on average values, on empirical values.

Your body is individual, and so is your hormone balance. Some women already produce a lot of the hormone in early pregnancy, in others the HCG production is slow or remains low. That’s why the HCG table only gives you some clues.

Is Every Pregnancy Test The Same?

The function of each pregnancy test is the same, and also the early pregnancy test always works according to the same principle. However, you have the choice between test strips and test cassettes, which both work analog. There are also tests with a digital display. All tests measure the HCG value in the urine.

Digital tests can normally only be used once. With the early pregnancy test, on the other hand, you will usually find several test strips in the pack, so that you can take a pregnancy test more than once. This is also the case with the small cassettes.

Test strips and the small digital tests you hold briefly when urinating in the stream. The cassette comes with a pipette, with which you take a few drops of urine and put them on the correspondingly marked test fields.

The Most Important Question: When Is The Pregnancy Test Useful?

Your body only produces the hormone HCG during pregnancy. About a week after successful fertilization (when sperm and egg have fused), the zygote nests in the uterus. Two days after implantation, the embryo begins to produce HCG.

Before that, the pregnancy test is useless, because the already existing pregnancy cannot be detected. So from when is a pregnancy test feasible or reliable? Of course, only from the moment when the hormone HCG is produced. By the way, the hormone is actually produced by the embryo, even if we always talk about your body.

HCG is produced because it stimulates the corpus luteum. The corpus luteum then begins to produce progesterone and estrogen. These two hormones signal to the uterine lining that pregnancy is present. Luteal insufficiency is when too few hormones are produced.

This prevents menstruation so that the embryo can develop. According to the HCG table, the HCG value doubles every two days. But again, the HCG chart only gives average values.

According To The HCG Table, The Value Increases Very Quickly

From when is the pregnancy test reliable? HCG is only present in the urine from the tenth day after fertilization. According to the HCG table, however, the value is then still 2 mIU/ml, i.e. below the value required for reliable detection of pregnancy.

An early pregnancy test cannot measure such low values. Therefore, you should wait at least two days longer before taking an early pregnancy test. However, since your body does not necessarily adhere to the average values and the HCG table, you are still not on the safe side.

If the pregnancy test is positive on the tenth or twelfth day after fertilization, you are definitely pregnant. If it is negative, you should take another pregnancy test two to four days later if necessary.

Does An Early Pregnancy Test Make Sense At All?

Also interesting:
HCG Value: About The Meaning And What It Is Useful For

Especially if you really want to get pregnant, every day of uncertainty is agonizing. The early pregnancy test can therefore not only indicate a pregnancy early but also reliably later if hormone production is low and the classic pregnancy test fails.

Nevertheless, you must of course wait a few agonizing days after the fertilization of the egg: only on the fifth day before the calculated onset of your period is the test at all able to detect a pregnancy.

And even at this point, a negative test is not reliable, because hormone production may still be too weak. By the way, a false-negative early pregnancy test can also be due to an incorrectly calculated ovulation. If the test is negative, it is always a good idea to retest a few days later.

Some Reasons Against The Early Pregnancy Test

If you wait a few days longer, the test will be more reliable. False-positive results do not exist anyway. Every pregnancy is still unstable at a very early stage. There are thousands of reasons why the body may reject the embryo.

Very, very often it happens that “mistakes” happen during the first cell divisions, that the embryo is not viable for one reason or another, does not implant properly, or implants in the wrong place. In such cases, the body terminates the pregnancy independently before larger amounts of HCG are produced.

But how do you feel when your period starts as planned? The pregnancy test does not lie – the pregnancy has actually occurred and you have lost the child.

This is also accompanied by a high psychological burden, which may be so severe that it prevents a new pregnancy. Here are the facts: 80% of all miscarriages happen in the first twelve weeks of pregnancy, by far the largest proportion of which occur in the first three weeks.

Also interesting:
Implantation Bleeding: When It Happens, How Long It Lasts And How You Can Recognize It

These are exactly the weeks in which the early pregnancy test can already be used, but the classic test cannot yet generate a positive result due to its lower sensitivity.

In artificial insemination, drugs containing HCG sometimes need to be administered to stimulate egg maturation. These drugs contain varying amounts of the hormone.

If you have taken such drugs in preparation for artificial insemination, you should pay attention to the HCG table: What was the dose of the medication? In any case, you will excrete the HCG in your urine.

Conclusion: It Is Better Not To Take A Pregnancy Test Too Early

The early pregnancy test in its most sensitive form available on the market should reliably indicate pregnancy from the 10th day after conception. At least in theory. In practice, it is better to do the test twelve to fourteen days after fertilization.

If you have high hopes or fears about the test result, it may be better to wait even longer. This is because the early pregnancy test often generates false-negative results.

This is because the human body does not work like clockwork, you cannot predict the exact time of ovulation and fertilization. An ovulation test can help.

But there remains a small uncertainty, because how much HCG your body produces and when exactly, is still individually different. The HCG table gives an indication of exactly how high the HCG level should be at which point in early pregnancy. But even this is not a guaranteed value.

In addition, there is another uncertainty: many pregnancies occur but are terminated early by the body itself. An early pregnancy test detects the pregnancy, but under certain circumstances, the embryo goes – after only a week or two weeks.

With a conventional pregnancy test, you cannot get a reliable test result at such an early stage and save yourself the stressful situation. 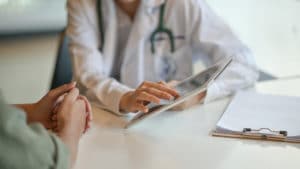 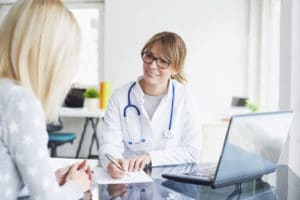 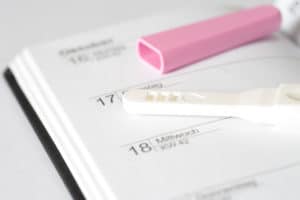 With In Vitro Fertilization To The Desired Child: What You Need To Know About Artificial Insemination