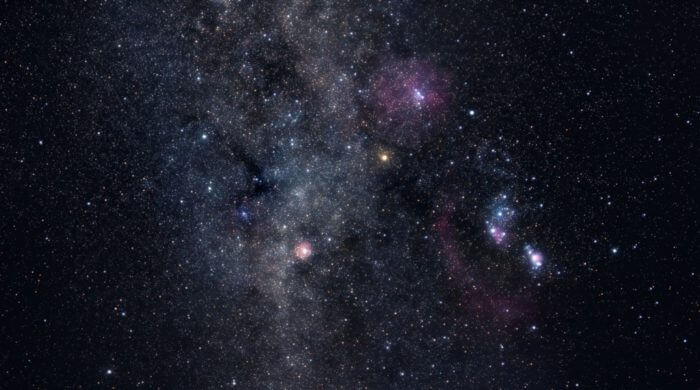 Is there alien life from another world? The search for other life forms in the depths of space is one of the most exciting topics that occupy mankind. The distances in space are the main problem. And yet, time and again, we look into the remotest corners of space and discover amazing things. The latest discovery, however, is a mystery to researchers: perhaps they have discovered huge structures around a distant star from a highly advanced civilization.

The universe refers to the entire set of stars, planets orbiting these stars, moons orbiting these planets, and all sorts of rocks, such as Asteroids, Comets, and Meteoroids that fly through space. The search for alien life in space has long been an exciting affair for mankind. It is clear that there is no intelligent life in our Solar system there is no intelligent life except us. But perhaps in another solar system. The only problem is that the distances involved are so great that it would take thousands of years to travel there, or for the other life forms to travel to us. Therefore, although humanity may not be alone in space, it may well never meet other life forms from alien worlds.

Huge Structures Around A Star?

The Space telescope “Kepler” has discovered something unusual: a star that flickers in a strange way. Normally stars flicker from time to time and this means that a planet is passing by – just like the earth passes by the sun (our star) when observed from another solar system. The about 1500 Light years distant star “KIC 8462852” flickers uninterruptedly, which tempts some astronomers to claim that extraterrestrials have built huge constructions around the star. In early 2016, the Hubble telescope is scheduled to take images of KIC 8462852 to get more clarity.

Asteroids, Comets, and Meteoroids are pieces of rock flying through space. Asteroids are large, sometimes kilometer-sized massive chunks of rock. Comets are something like frozen snowballs that, when they get closer to a star like our Sun, trail a long tail behind them. And meteoroids are small, tiny rocks that crash to Earth, usually burning up as shooting stars in our atmosphere.

A Solar system consists mostly of a star and several planets orbiting around this star plus their moons and of course asteroids and comets. Our solar system consists of 8 planets (Mercury, Venus, Earth, Mars, Jupiter, Saturn, Uranus, and Neptune), which move their orbits around our star (the sun).

A Space telescope is a huge telescope that floats in space just like a space station. They take much better pictures of very distant things than the big telescopes on Earth. The most famous space telescopes are the Kepler telescope and the Hubble telescope.

A Light Year is the distance light travels in one year. Nothing moves faster than light. Light travels at 300,000 meters per second, so one light-year is 9.461 trillion kilometers.