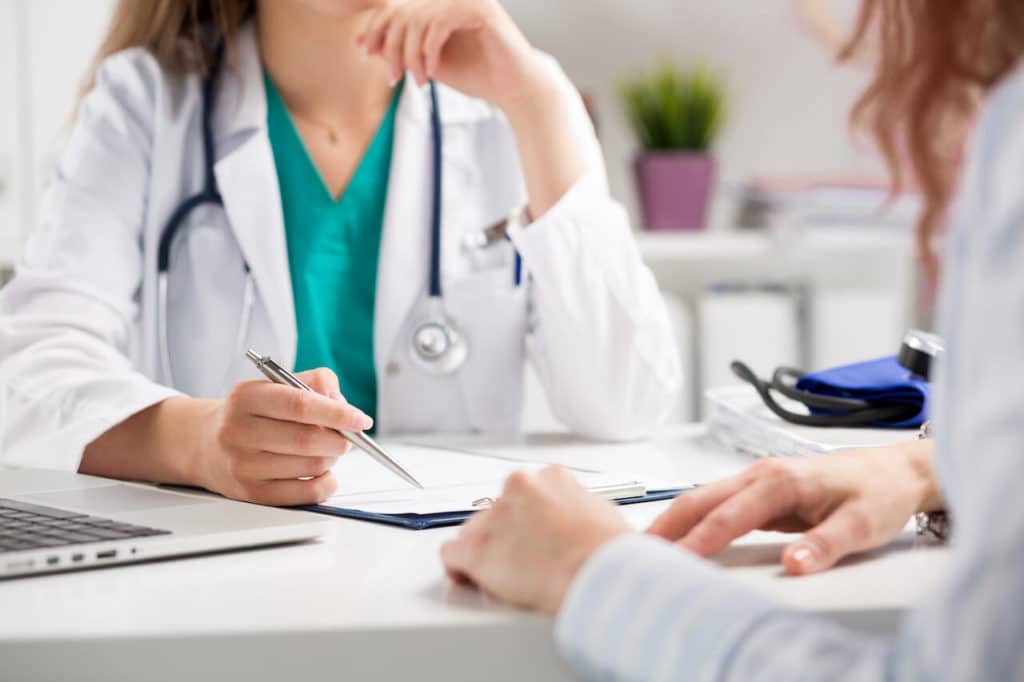 Below you will learn everything you need to know about hysterectomy.

Reasons For A Hysterectomy

Many women come to the gynecologist with menstrual cramps and pain. In most cases, benign diseases such as uterine fibroids or endometriosis are behind it.

If the symptoms are very severe, many doctors advise their patients to have a hysterectomy. However, many diseases can also be treated differently. In the following, you will learn what the most common reasons for uterus removal are.

A uterine fibroid is a benign muscle growth that develops in the uterus. Uterine fibroids are common and, in most cases, do not cause symptoms.

However, if they are particularly large, or inconveniently located, they can cause pain and bleeding problems. They can also be the reason for an unfulfilled desire to have children and miscarriages. Only very rarely do fibroids develop into malignant tumors.

The uterus is lined by a special tissue called the endometrium. In endometriosis, this tissue also grows outside the uterus, for example, on the outer wall of the uterus or on the ovaries.

The reason for this is not known. Endometriosis can be very painful, especially during menstruation. It is also one of the most common causes of infertility.

When the uterus can no longer be held in place by the pelvic floor muscles, it sinks downward into the vagina. This is caused by a weakness of the pelvic floor, which can be due to old age, but also to the birth of a child or other factors.

Also interesting:
Mastitis: Learn All About Mastitis During Breastfeeding

When the uterus presses on other organs, there may be a feeling of pressure, pain and involuntary leakage of urine. In some cases, the uterus even descends so far that it protrudes from the vagina. This is called uterine prolapse.

Bleeding disorders can have hormonal or organic causes. Often fibroids or infections of the uterus are behind heavy and painful bleeding. It is important to clarify the cause of the bleeding disorder in order to exclude malignant diseases.

For this purpose, a hysteroscopy is often performed. If hormonal causes are behind the bleeding disorders, they can often be improved with the birth control pill or a hormonal IUD.

Cancers Of The Uterus

Malignancies of the uterus are very rare. The first sign of cancer can be unusual bleeding from the vagina. In case of cancer, surgical removal of the uterus is often the only way to cure the disease.

During surgery, the tissue affected by cancer is completely removed. If the cancer has already spread to the abdomen, the fallopian tubes and ovaries often must be removed as well. Hysterectomy is considered one of the most effective ways to treat cancer of the uterus and cervix.

Note: Hysterectomy is most commonly performed for fibroids and endometriosis. However, this is not recommended in all cases. There are also alternative treatments for many conditions.

For example, uterine fibroids can be treated with special hormone preparations that shrink them. Ultrasound therapies can also be used to gently remove the fibroids. In many cases, the growths can also be specifically excised without having to directly remove the entire uterus.

A hysterectomy should therefore always be the last resort if all other treatments have failed. This is especially true for young patients who may still want to have children.

A hysterectomy is usually only absolutely necessary in cases of cancer. In very rare cases, it is performed after childbirth, when there is unstoppable bleeding. In this case, surgery is the only way to save the mother’s life.

How Is A Hysterectomy Performed?

There are several surgical techniques to remove the uterus. It can be removed through the vagina, minimally invasive through laparoscopy, or through an abdominal incision. Depending on the disease and anatomical conditions, it must be decided which type of surgery is most appropriate in each case.

Hysterectomy is often performed as an inpatient procedure, but is also sometimes offered as an outpatient procedure. If hospitalized, patients are usually discharged after three to six days, depending on how quickly they recover from the surgery.

In vaginal hysterectomy, the uterus is removed completely through the vagina. This surgical technique is very gentle for patients, as nothing has to be cut open on the abdomen and accordingly, no scars are left behind. The wound also heals more quickly.

Especially in women who have not had children, the vagina is often not wide enough to perform this surgery. Vaginal hysterectomy is also performed exclusively for benign conditions such as fibroids or endometriosis.

If cancers or other malignant changes are present, surgery is usually performed through an abdominal incision. Vaginal hysterectomy can be performed under general or local anesthesia.

Minimally invasive removal of the uterus is a somewhat newer surgical procedure. For this, a few small incisions are made in the abdomen, through which the laparoscope (a camera) and surgical instruments are inserted.

Also interesting:
Hypermenorrhoea: What Should I Do If My Periods Are Too Heavy?

Abdominal hysterectomy is performed through a lower abdominal cross-section. The incision is made in the area of the pubic hairline. This surgical technique is used mainly when the uterus is affected by cancer.

In this way, the doctor has a good view of the surgical area and can see during the procedure whether other organs are also affected and need to be removed. An abdominal hysterectomy is also an option when vaginal or minimally invasive procedures are not possible. This may be the case if the uterus is particularly large, for example, due to fibroids.

In the most common cases, surgery is performed through the vagina or minimally invasive by laparoscopy, as these techniques are much less stressful than a large construction incision.

Consequences And Possible Complications After A Hysterectomy

What consequences should you expect if you have your uterus removed? Hysterectomy is a low-risk procedure that generally proceeds without complications. Nevertheless, as with all surgeries, infections, vascular injuries, post-operative bleeding or wound healing problems can occur.

During the first few days after surgery, pain and light bleeding is normal. There may also be a discharge of a wound secretion during the first few weeks. If the discomfort lasts unusually long after the surgery, it is better to contact the doctor again.

One of the long-term consequences of hysterectomy is that menstrual periods no longer occur. However, if the cervix is preserved, light periods may continue to occur. In addition, surgical removal of the uterus can cause premature menopause.

This is also called induced menopause and happens when the ovaries are removed in addition to the uterus. These produce the sex hormones estrogen and progesterone.

Also interesting:
What You Should Always Know About Female Hormones

Menopausal symptoms begin immediately after the procedure because there is an abrupt change in hormone balance. In addition, after hysterectomy, it is of course no longer possible to have children.

After Hysterectomy – What You Should Keep In Mind

After a hysterectomy, you should refrain from sexual intercourse and high physical stress for the first few weeks so that the wound can heal without problems. Due to the risk of infection, you should also not use tampons during this time.

Most patients can return to their full life after 4-6 weeks. However, this is often different in the case of cancer-related surgery. In this case, rehabilitation is useful in order to be able to deal with the illness psychologically and to recover from the stresses and strains of the treatment.

Hysterectomy: Yes Or No?

Many women have menstrual problems in the course of their lives or come to the gynecologist with problems such as infertility or miscarriages. Not infrequently, a disease of the uterus is behind it. Uterine fibroids and endometriosis are among the most common diagnoses.

Nevertheless, a hysterectomy is not absolutely necessary for many complaints. There are other ways to treat heavy bleeding, uterine prolapse and other symptoms.

You should therefore ask your doctor about all the options and possibly get a second opinion from another doctor. Especially if you are still young and wish to have children, you should think twice about whether you really want to take this step.