Home > Child > Kids news > Is It True That Older Siblings Are Smarter? 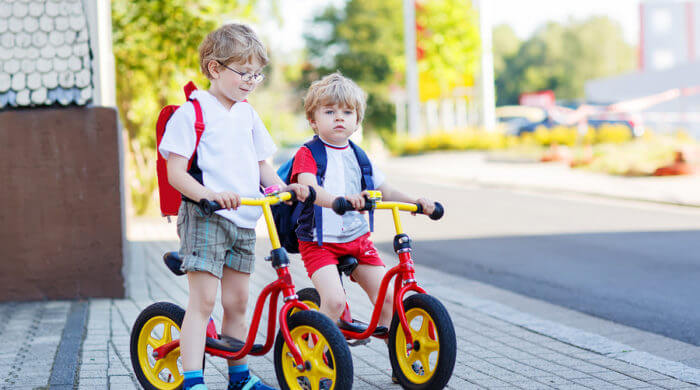 Do you have an older brother or sister? Or are you the older one? What do you think about it when people say that older siblings are smarter? And then they also say that the middle siblings are especially nice and the youngest siblings are the most spoiled. But is this really true?

Theory From A Psychologist

A Psychologist psychologist from the USA put forward a theory about 20 years ago Theory set up. It says that
the big sister is perfectionistic and clever, the brother in the middle likes to take care of others and the little sister takes things out of her own hands that her big siblings would never have dared to do. He based this theory on the principle that the order at birth also determines a person’s personality. But this theory has always been very controversial among many other scientists.

Now researchers from the German cities of Leipzig and Mainz have evaluated data that come from three large studies done in the United States, Germany, and Great Britain. In total, more than 20,000 people have been examined for these studies. The result clearly says that the theory of the psychologist from the USA is not true. The only thing the researchers have found is that firstborns are in most cases slightly more intelligent, but really only touch and not worth mentioning. And even this is not always the case, because there were also examples where the younger siblings are smarter.

A Psychologist is the professional title of people who have successfully completed the study of psychology at a university. Psychology is the discipline of describing, explaining, modifying, and predicting human experience and behavior.

A Theory is a system of statements used to describe or explain sections of reality and to make predictions about the future.