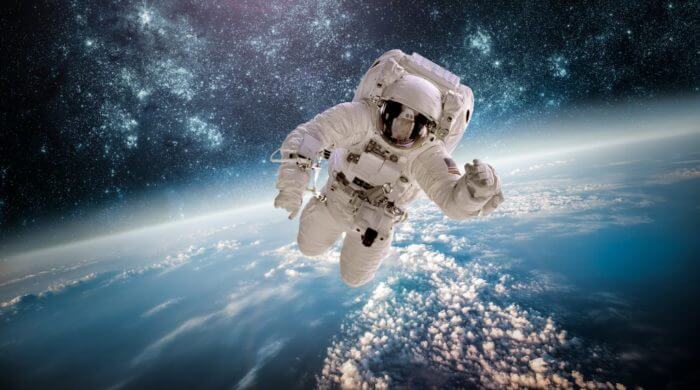 Life in space is not possible. There is no air, nothing that transmits sounds, and no Gravity. And yet Astronauts to defy the dangers of space for as long as possible and to set new records with the most days in space. The Italian Samantha Christoforetti did not actually want to do this, but now she involuntarily holds the record as the woman with the most days in space.

The record was not planned: Samantha Christoforetti was originally supposed to fly back to Earth in a space capsule at the end of May, but the Russian “Progress M-27M” crashed near the launch and so Christoforetti had to stay in space longer than planned. As part of the crew of the ISS her stay had actually expired, but now today, Thursday is her return date. She has now spent 199 days in space – the previous record for a woman is 194 days and was set by Sunita Williams in 2007. Samantha Christoforetti is 38 years old, a former fighter pilot, and studied in Munich.

For The Women A Record, For The Men Not Very Exciting

The male astronauts are all happy for Samantha Christoforetti, but the records for the men are much higher. This is true for individual space flights as well as for total stays in space. Russian Sergey Krikalyov is the record holder with a total of 803 days in space. The best European is German astronaut Thomas Reiter with 350 days in space. They are all brave explorers because life in space is not possible – actually.

Gravity is the all-determining force in the universe. The mutual attraction of the masses also called gravity, causes everything to fall to the ground on earth. Everything is attracted by the planet. If one moves away from the earth, there is no longer this attraction. You no longer stand firmly on your feet, but float in space.

Astronauts are people who fly into space. The term astronaut is an American one, with the Russians these people are called cosmonauts, with the Chinese taikonauts. The first man in space was the Russian Yuri Gagarin, the first man on the moon was the American Neil Armstrong. Germany has also had astronauts who have flown into space, including the ISS.