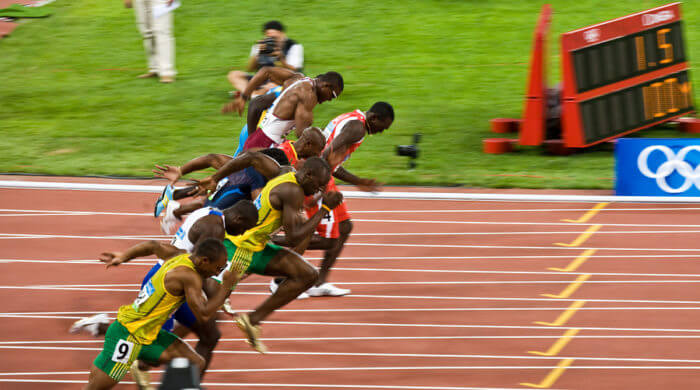 A Japanese man has set a new record in the 100m dash and now enters the Guinness Book of Records. No, it’s not a new world record. It still belongs to Usain Bolt from Jamaica, who ran a fabulous 9.58 seconds in 2009.

The new record holder comes from Japan, is called Hidekichi Miyazaki, and is an incredible 105 years old. He needed exactly 42 seconds for the 100m and that was enough for him to enter the Guinness Book of Records. He is thus the oldest sprinter to have made it into this book.

Not Satisfied With The Time

Although Hidekichi Miyazaki was very happy that he set this record, he was still not completely satisfied. He said that the time he ran was very slow and that he was usually six seconds faster in training beforehand. In his opinion, the start was to blame, because he said that he can’t hear so well anymore and he didn’t hear the starting signal properly. But he wants to keep training and then maybe next year he will try again to improve the time under 40 seconds. Maybe his great role model Usain Bolt will help him train……

Also interesting:
Steelworkers In Germany Fear For Their Jobs

The Guinness Book of Records is a book that contains all the major records that have been set in the world. The first book was published in 1955 in Ireland and was written by the twin’s Ross and Norris McWhirter.

Usain Bolt was born on 21.08.1986 in Jamaica. He is the best and fastest sprinter in the world. He has won a gold medal at the Olympic Games 6 times, is an eleven-time world champion, and holds world records for 100m and 200m. He is the only person who has managed to run the 100m under 9.6 seconds.